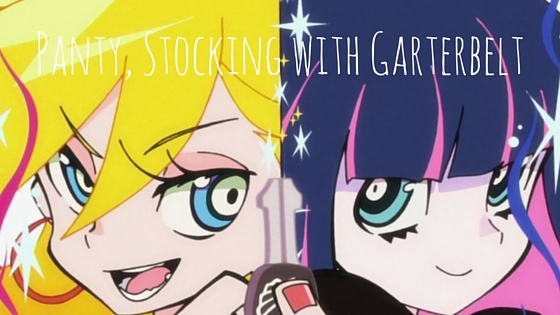 The show revolves around the exploits of the Anarchy sisters, Panty and Stocking who are angels. They receive orders from heaven to kill ghosts. The orders are then given to the girls by the reverend, Garterbelt.  The pair of angels were kicked out of heaven due to their bad behavior. The two are tasked with earning enough Heaven Coins to buy their way back into Heaven. They destroy the evil spirits by using their powers which allows them to change lingerie into underwear. Panty changes her panties into a gun and Stocking changes her stockings into a sword.

The duo tend to get distracted easily. Panty gets distracted by her desire for men and Stocking gets distracted by her love of sugar. Together they are turning the mean streets of Daten City into a buffet of bodily fluids. Followed around by Brief, a boy in love with Panty. He assumes the roll of ‘dude in distress’ and gets captured and bullied a lot. Add a pair of demon sisters and you have all the pieces for amusing plot lines and awkward situations.

The first episode I found really disturbing and off putting.Then as I watched further I found out each episode actually has two ‘plots’ as each ‘plot’ is only 10 minutes long. I will admit there were bits that were really funny and others I still can not believe actually were in the anime. I am not really one for toilet humor, I usually prefer the subtle and witty humor weaved into a solid script. There is heavy sexual innuendo that is not subtle in any way or form. A lot of the character names are ridiculous and it has a semi decent plot. This is not an anime I could watch with young children (for obvs reasons) nor could I watch it with my parents, that would be mortifying. There isn’t much character development and the animation varies as it goes along. However despite myself I might actually watch it again and I did get a kick out of making my friends watch it and seeing their expressions. Yes I have and off center sense of humor. I just had to watch episode after episode just to see how bad it could get. It also provided a much needed break from all the long and ongoing emotional anime I had been watching.  Plus the opening sound track is awesome and sticks in your mind.

If you have watched this I would love to know what you thought of it! 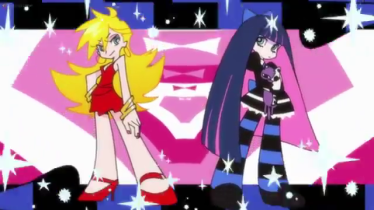