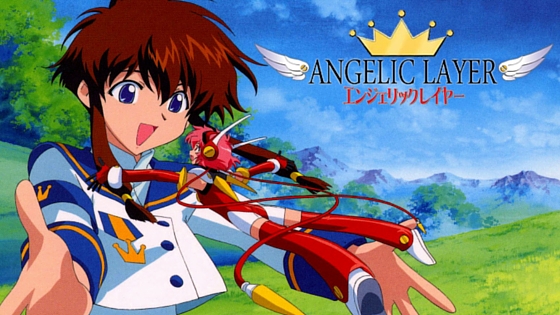 Misaki Suzuhara, a seventh grader who just moved to Tokyo to live with her aunt, Shouko Asami. Upon arriving she watches a match of Angelic Layer and instantly admires the small white angel, Athena.  She meets an eccentric man wearing a white lab coat and glasses, who calls himself “Icchan”. He takes her to a store where she can buy everything she needs to create her very own angel. Misaki names her angel, Hikaru. She then learns that the players (calledDeus) enable the Angels to move by mental control when on a field called the “layer.” As a complete novice Misaki learns to play Angelic Layer by participating in an official match which qualifies her to enter the Konsai games. Will Misaki make it through the qualifiers and onto the national games? While adjusting to her new surroundings and figuring out her new school and friends, Misaki is also gripped by her past. Her thoughts often turn towards her mother, whom she has not seen since pre-school.

Even though this anime is quite a bit dated I really enjoyed it. The fight scenes are good and the characters are energetic. There is a deeper plot running just beneath the surface and you can’t help but feel for Misaki. However it is a sweet and charming anime. Some of the episodes are dull and other times I felt like slapping Misaki and the entrance phrase eventually got on my nerves (after watching about 15 episodes in a row). However it is one anime that I am glad I remembered and watched again.

One thought on “Angelic Layer”