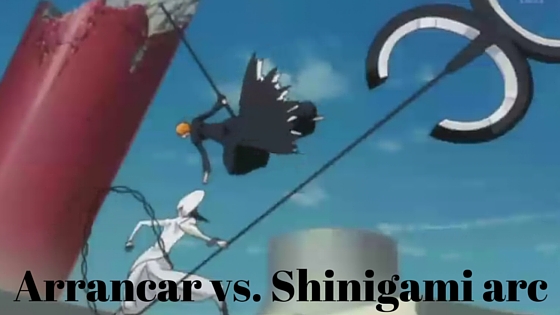 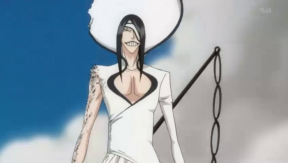 The first episode of this arc is just a recap of what has happened up until this point with Aizen and the Espada. After defeating the 6th Espada, Grimmjow and finally rescuing Orihime, Ichigo is challenged to another fight by the 5th Espada, Nnorita. Still severely injured from his fight with Grimmjow, Ichigo is at a serious disadvantage. While fighting Ichigo, Nnorita becomes aware of Nel and reveals her past and who she use to be.

After her true identity being revealed, Nel is still forced to watch as Ichigo is being beaten by Nnorita. By desperately wanting to save Ichigo, Nel regains her original form. 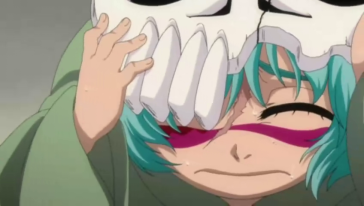 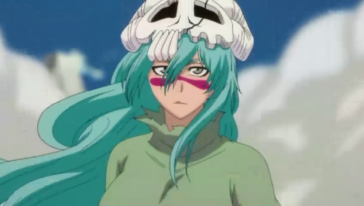 A massive battle between Nel and Nnorita erupts while Orihime is once again held captive and unable to heal Ichigo. While Nel and Ichoigo fought, Renji, Ishida, Pesche and Dondochakka race to escape Szayel only to find themselves in the same place that they started and with Szayel completely healed and in new clothes. The group have managed to annoy Szayel, and so he releases his sealed form and creates clones of each member of the group. Now they need to fight their clones and the other clones while refraining from attacking their friends.

Through a massive fight and some how surviving Renji’s plan the group’s fight moved outside on the ruble of the building Renji had just destroyed. Once outside Szeyel reveals the true power of his abilities proving that the group are just no match for him. While fighting Szeyel Pesche and Dondochakka’s past are revealed showing that they have been comrades with Nel long into her past and have dedicated themselves to protecting her even if it cost them their own lives.

Unknown to everyone Rukia is alone and unconscious frozen to the floor where she had defeated an Espada. There she if found by the 7th Espada, Zommari Leroux who threatens to take her head to make sure she is dead. Just when all hope seems lost for all of them four captains come to their aid.

Just as the fighting comes to a seeming end Orihime is taken away again and Aizen’s plan for her is revealed. Then Aizen leaves, heading for Karakura town with Gin, Tousen and the remaining Espada. Upon their arrival at Karakura town, Soul Society’s plan is also revealed. The main part of this arc ends with the prelude of the fight between the captains and Aizen’s fighting force as well as the upcoming fight between Ichigo and Ulquiorra.

The final two episodes in this arc cover a soccer match with characters from the previous arc.

The episodes use three pieces of theme music, one opening and two closing. The opening song is “Velonica” byAquaTimez. The first ending song is “Hitohira no Hanabira” by Stereopony, and it is used for episode 190 to 201. The second ending song, “Sky Chord (OtonaniNaruKimi e)” by Shion Tsuji, is used for the remainder of the episodes.