I read this ages ago. It is a very quick read and it got buried amongst a lot of other manga I had read at the same time. Then I saw it listed on Two Happy Cats as part of their blog post ‘4 Manga I’d Rather Die Than Read Again‘ and it got me thinking. Had I missed something when I read it? Had I somehow misinterpreted when I read it myself or had I just been really tired and not taken it in?  So I had a second look.

If you are under the age of 18 please stop reading as this is a graphic boy love manga and you are not quite old enough yet. 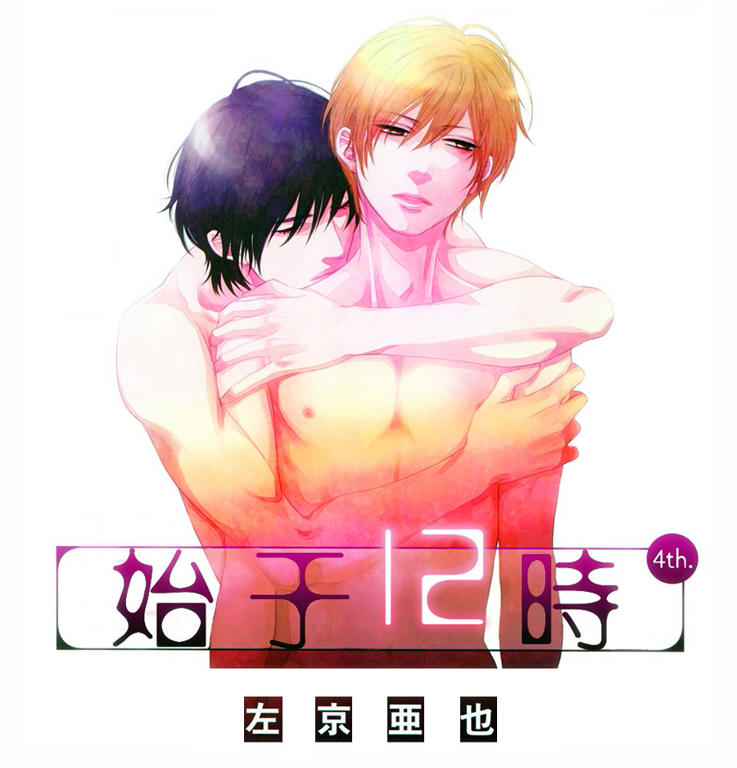 Shoyu operates a bar called “Tamaya’s” from 8pm every night in a sleepy part of town as a gay bartender. In the evening all kinds of tired office workers gather in his shop to drink away their daily worries. Shoyu has more or less settled down in his lifestyle even though his love life has been rather lukewarm since a certain incident 12 years ago. One night while cleaning up the shop an unexpected blast from his past walks in. What will happen when his past unexpectedly catches up with him?

Hold up, just warning you that the below has a lot of spoilers and graphic imagery. You have been warned!

In Two Happy Cats post, they mention that Shouyu was raped by Haneda. I can see how it was taken that way. Although I looked at it and it started off pretty much consensual and then it hurt. That was when the wheels fell off. Shouyu begs for Haneda to stop, only he doesn’t instead he carries on being rough to the point where Shouyu needed to be hospitalized. That was where it went from being consensual and slipped over to rape. Haneda should have stopped. No doubt about that.

In the first chapter Shouyu admits he initiated it, although this might have been due to what Haneda had said after their, I’m just going to say disastrous first time. Haneda admits that he wanted to make Shouyu cry and that how he handled it was wrong. At first, he had blamed Shouyu saying that he had seduced him. However according to the manga, when showing past events, Shouyu had seduced him. Haneda afraid of what he was feeling decided to take it out on Shouyu. Which was incredibly immature and wrong. Then what followed was also handled badly as both sides kind of avoided one another.

In the first couple chapters, Shouyu rebukes him and shuts him down, however, he still pays attention to him. He watches him a lot, proving that he still holds an interest. Then at the end of chapter 2 and the start of chapter 3 Shouyu offers to blow Haneda (I feel so awkward writing that!) which somehow leads to an apology? After the apology, things seem to change between them.

I still can completely see Two Happy Cats perspective, however, I can also see so much more to this than the simple straight cut rape turns into love story. Just to clarify, I also have a messed up past so I can easily see both sides of the relationship and how their dynamic works and how it is not just straight cut with clear black and white that those on the outside can clearly see.

This series gets a mixed approach and reaction by its readers. Ignoring the rape debate you can’t fault the artwork of this manga which is done beautifully. Also, the characters don’t really have all that much to them other than their current work and their past incident. I feel there should have been an extra chapter where they actually discuss what had happened all those years ago. That way I feel their relationship could take a healthy turn instead of always having that hang over them.

No matter the excuse or reasoning, rape is wrong. Then to have victim blaming on top of that is really bad, however, the truly sad part is I kinda understand why the mangaka wrote this in the way they did. It didn’t start out as straight rape, it started as two kids not knowing how to handle what they were feeling and unfortunately it was handled badly.

*The images do not appear in chronological order according to the manga but rather in reference and order to what I had written.