I realise I am probably fighting a losing battle here but I just cannot accept this. It might even be a deal breaker for me as more and more evidence of their relationship becoming official.

So just in case you are unaware who or what Gruvia is, let me catch you up. Grey and Juvia (hence Gruvia) are members of the Fairy Tail guild in the anime Fairy Tail. With Juvia originally being an enemy in another guild, she fell in love with Gray during their battle.

Since then Juvia has been stalking Gray and is completely obsessed with him. This has then been explained away and accepted as she loves him. Which somehow makes it okay? I can swallow it as comic relief but it still rubs me the wrong way.

If not up to date on the anime and manga, expect some spoilers regarding these two! No major plot spoilers though.

So, why do I not support their relationship?

Uhm, hello stalker alert! Seriously, he defeats her in battle and ever since then she followed him. She followed him to a resort where admittedly she did help him but still. She also stalked him on many missions where she secretly watched him. She is also completely obsessive and jealous, not a good combination. She often picks fights with others whenever she imagines something between them and Gray. Not only that, she celebrates every day that passes as the X anniversary that they met …every day…Plus we were given the chance to see into her room where everything had some relation to Gray. Her body pillow, her other pillows, various sized plushies around the room, her towel and even her shower mitt was clearly supposed to be Gray.

They just don’t really fit. Yes I will never deny that they have each supported each other and there are times where Juvia is not driving me insane but I just can’t actually see it happening and if it does, I cannot see it really lasting. I see them more as friends than lovers. I mean they lived together and nothing happened. I am aware this can be explained as Gray being shy and that he has his own mission that he has to accomplish before he can be free to do what he wants. Although even before he had the mission that his father gave to him, Gray has been rejecting Juvia in one way or another consistently.

Lastly and probably the main reason is that I like Gray. Yes that fan girl in me is showing her ugly side. Characters like Gray have always appealed to me in one way or another. However I usually support the characters I like getting together with another character and I am happy when it happens, but Gray and Juvia is just different. To me it seems wrong and that is hard to really define why and give solid reasoning and defend myself with a good and proper argument. 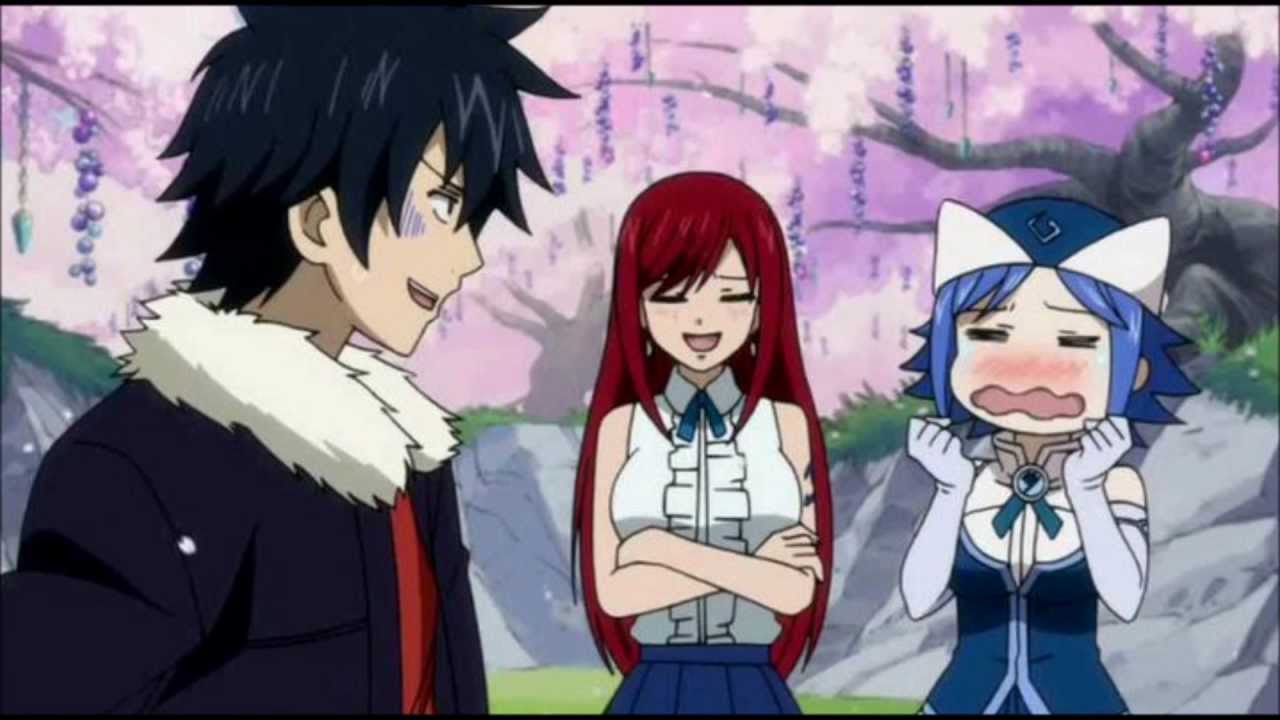 I like Juvia, don’t get me wrong and I like the both of them together as friends. Yes there are times where I do see the ‘couple’ side of them and those are few and far between. However on the whole, of their entire relationship and interaction I fail to see ‘ship’. I hope Mashima (The Mangaka) leaves them as a ship where fans can support either way and does not make it canon.

So, are you like myself and oppose these two together or are you like others and want to see them together? Or perhaps do you really not care one way or another? I would love to know in the comments below!

10 thoughts on “Gruvia: I Do Not Support Them”