I found this a few weeks back and started reading it. I quickly devoured it and I really enjoyed it. I will do another post on it fully soon. So I was really surprised and happy to see episode one on one of the sites where I watch anime. Needless to say, I had to watch the first episode. Since the actual story itself is in colour I was curious to see in what way they would be bringing this to life. Hoping that the voices matched with what I imagined when  I was reading. So many high expectations.

I really liked this intro, the music is beautiful and I enjoyed the animation. It gives high hopes of what is to come.

What happened?When I realized that this episode was more of a short (8 min long) I thought that maybe that this is an intro for a game, which suits when looking at the 3D styled animation. 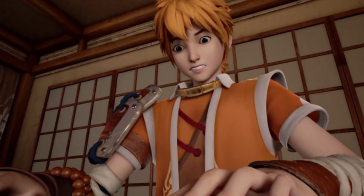 I liked the book opening to start the episode. We quickly learn that Glory City has only been able to survive through a ‘dark age’ thanks to demon spiritualists. Glory City is the last stronghold of mankind, the rest of the world has been taken over by beasts. Nie Li suddenly wakes up to find himself in the Holy Orchid Institute.

Nie Li remembers the the Snow Wind Beasts attack Glory City and that the only Legend rank demon spiritualist died in the battle while his friends sacrificed themselves to cover everyone else escape. We also learn that Zi Yun dies protecting him. At her death he is visibly pained and sheds a tear. He is then distracted by a friend and they fool around, which distracts the whole class. However this gives us the opportunity to see the other characters.

It is quickly revealed that it is thanks to the Temporal Demon Spirit Book that Nie Li was able to go back in time to when he was still a child.

It was nice to see him speak up against his teacher who had declared that the ‘commoners’ would be unable to rise above their ‘rank’. Being one of the lowest spirtualist levels in the class, Nie Li declares that he will become the world’s greatest Demon Spiritualist.

The ending kind of felt like a RPG’s menu where it is waiting for you to chose your party and continue with the game. 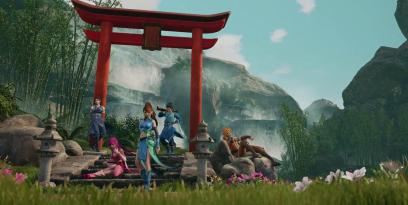 Overall the episode felt as if it had been snipped from an RPG rather than actually being an anime. Although if they did make a game of this I would probably buy and play it. I’m curious to see how far into the story they will go, because if they are doing it in 8-min episodes it could take quite a long time. I hope that as the episodes progress the duration gets longer and longer. I am secretly hoping this was more of an episode 0 or trailer for the actual anime. So I will just need to hold on and watch the next episode when it is released and hope it is better.

One thought on “Tales of Demons and Gods has an anime!”