Recently I have found that I am reading a lot of webtoons which most of the time I just classify as ‘manga’ although technically it is not a manga. I will do another post on the main differences between manga, manhwa, webtoons etc. That is for another time however. Below is a list of 5 action based webtoons that I have been enjoying these past few weeks.

If you were wondering, the back track in the video was from Bleach, – Destiny Awaits – Did you pick up on that? Hehe, but if you do not want to watch the video you can read the list as it is written below! 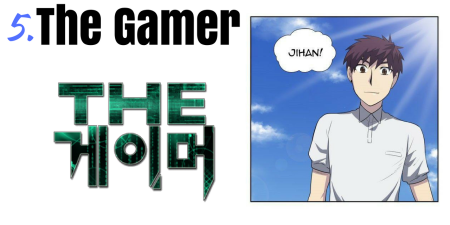 About: Han Jee-Han, a normal high school student, one day he suddenly develops a special power where everything is like a game from health bars to skills and an inventory. He is suddenly thrust into the Abyss, a world he never knew existed. Now he must level up in order to survive and learn how to stay alive in his new reality.

My 2 cents: I enjoy this for the art style and the story is interesting. It took a bit for me to get in to but now I am hooked waiting for the new chapter every week.

About: Nie Li, has experienced the loss of his his lover, friends and family. During a battle he dies but his soul was then reborn back in time back to when he is still 13. He luckily managed to keep his memory and has decided he will do all he can to save the city and rewin the love of his life. Although he is once again the weakest in his class with the lowest talent at only Red soul realm, but with the aid of the vast knowledge which he accumulated from his previous life, he trains faster then anyone and helps his friends level up as well.

My 2 cents: The art style took a little getting use to and Nie Li’s necklace irritates me but other than that the story itself is good and there is some decent action.

About: Rood is a magician called Blow. After angering a hot tempered magician and a mission gone awry, he is sent to a famous magic school, where he must protect a fellow student from bullying. Only this is not as simple as it should be.

My 2 cents: Obsessed with this from chapter one, laughed and cried all in a binge read and now I’m left waiting for the new releases.

About: In a land where the strong make the rules and weak have to obey, Xiao Yan, who had shown talents none had seen in decades, suddenly lost everything.  His powers, his reputation, and his promise to his mother. With the arrival of his fiance and her desire to end their engagement he is spurred on to reclaim his powers and honour so that in three years he can battle it out with her. However can he also help grant his Master’s wish while reclaiming the abilities he once had?

My 2 cents: Stunning art work, unique characters and an interesting story with frequent action, this quickly became a favourite of mine. 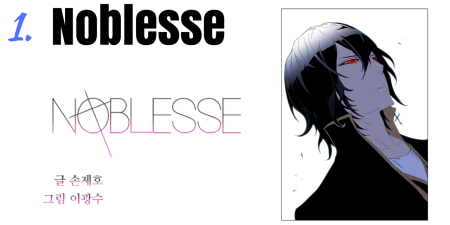 About: Rai is the strongest vampire holding the title of Noblesse. He has just woken up from a 820-year long sleep and starts his new life as a student in a high school that had been founded by his loyal servant, Frankenstein. However his peaceful life does not last long as his friends are attacked by a mysterious organization of modified humans. Soon Rai’s past starts to surface and a bigger threat starts to reveal itself.

My 2 cents: Talk about a lot of action and decently drawn with high intensity. I fell in love with this story as soon as I started reading it. I love how it has made me laugh as well as cry and leaves me wanting more with every chapter.

What action webtoon have you been enjoying recently?