With a cast size as big as Bleach’s it is not hard to believe that there would be annoying characters. However, Bleach seems to have a fair share of characters that just instantly get under your skin. There are also a few that start off alright but as the series goes along get more and more annoying.

Saying that here are a few honourable mentions:

Now that I have made you remember some really annoying moments and characters, who is the most annoying character? 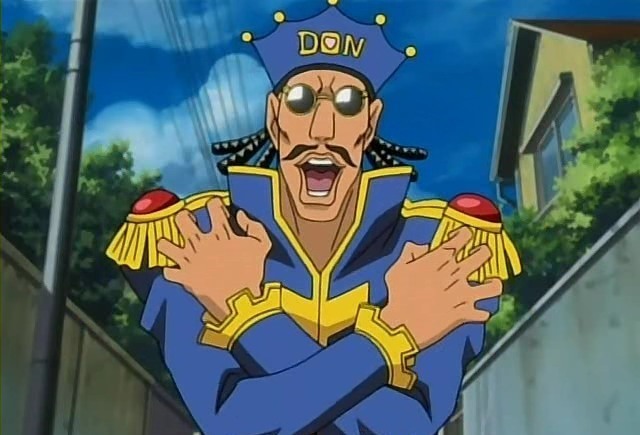 It can be no other than Don Kanonji, for me, he literally needed to be punched in the face, repeatedly. Every time he came on screen I would lose interest quite quickly. When I forced myself to watch I would get irritated and wish I could just skip past his scenes and then thankfully came the day of watching online where I could.

For me, he served no actual purpose and everything could have carried on without him as it had. He is a really painful character.

What did you think of Don Kanonji? Who is your most annoying Bleach character? Is there someone more annoying than him?

2 thoughts on “Most annoying Bleach character”