Catharsis is the process of releasing, and in return getting relief from, strong or repressed emotions. What a very apt name for this webtoon. At first, I was mildly curious so I saved this to read at a later date and I only originally read this because seeing the notifications for all the chapter updates was irritating me. Now here I am wondering why did it take me so long to actually read this? 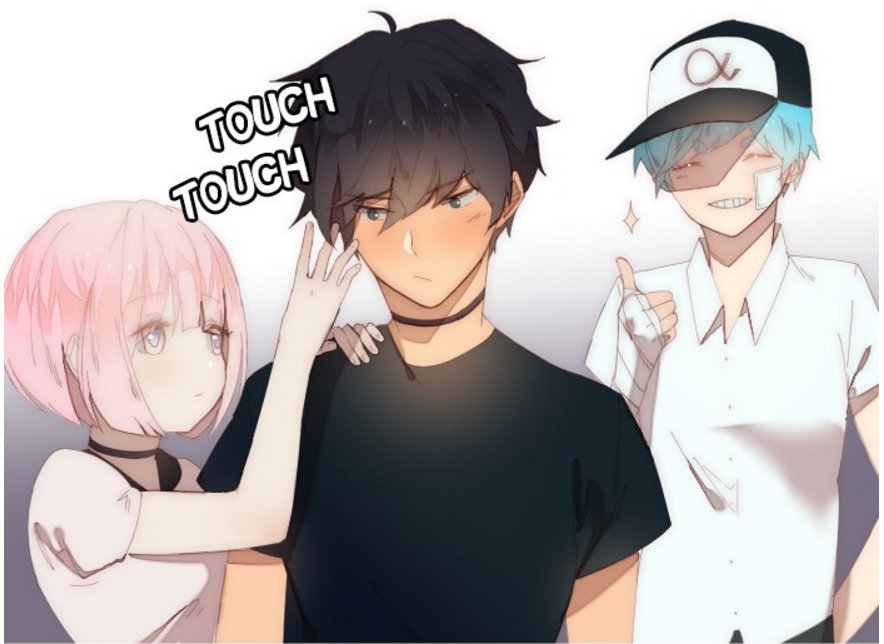 Leon is an average teenager although he comes across as gloomy and does not really have friends except for his childhood friend who happens to be a teacher of his as well as the woman he has a crush on. However, he has one unusual ability, he can see the colour of sounds.  He has had this ability for as long as he can remember. As well as having bad luck. One night he is doing a delivery for work where he accidentally enters a barrier and comes face to face with a monster. At the last moment, he is saved but he has now caught the eye of a powerful organisation, Catharsis.

“If your life depended on it, would you be able to face your fears? Or would you hire someone to do it for you?” – The opening lines! Already I can not answer as I do not know. If you could not tell by my intro, I enjoyed this webtoon. There is action, there is drama and there is a proper, decent, thought out story. At first, I went into this and asked myself what the heck am I reading.

Now here I am a few days after binge reading all the chapters and have just completed the latest chapter release and wanting more. The story follows Leon as he carries on with his normal life recently plagued by weird dreams. In the beginning, there is a lot of emphasis on Leon’s dreams where as you read on, you realise he is dreaming of random characters fears and certain events. However the dreams get left behind as a lot of other things happen, but I am curious as to what it means that he dreams of things before and as they happen? How does it tie in?

Speaking of abilities, Leon can see the colour of sound from footsteps to voices. He can identify who is speaking just by the colour of their voice. This makes for really pretty imagery in the webtoon and gives a freedom for various forms of expression. Although this ability does have its down sides. Like certain voices hurt our ears, voices can also hurt Leon’s eyes due to the overly bright colours.

Leon is in high school and working to bring in some extra money. His mother is overseas working in the military and his childhood crush, Ami, is now both his teacher and his minder. Soon in the story, Leon’s bad luck is made evident during his last delivery for the day and the power goes out. Then he ends up trying to save a woman from a monster. He realises that this situation is the same as one of the dreams he had.

I must say that even though they are really graphic they are really drawn well and I rather like them. They have just enough effect to get the full message across that these monsters represent fear.

We learn that the monsters are called Timorem and that they are born from human fear and will eventually take on a physical form and devour people. Since making contact with Catharsis after his previous encounter with the Timoren Leon starts becoming more aware of the one that has taken to stalking him. He also gets dragged into more situations revolving around the Timorem and Catharsis. He seems to be able to enter barriers when no one should be able to.

I don’t want to spoil too much but Catharsis takes to recruiting him, both to work for them and to help Leon learn how to control his ability and how to survive when he’s inside a barrier.

The characters are well defined and clearly distinguishable. Although every character has their own quirk, which works with the story and is made part of the story rather than just having the quirk to have a quirk.

I was drawn into the story because of Leon, the main character, he had a pretty normal reaction to everything. He panicked, he got scared, he ran, he screamed, he fainted, he fought, he accepted, he denied, there were just so many different emotions that he went through. He did not take it all in stride and he did not have it all come naturally to him. It took work and he still needs a lot more training and practice.

The art style and colouring are stunning. It conveys the feelings and atmosphere beautifully capturing your attention and draws you in.  The story flows with very deliberate pacing giving you the chance to really take in what is happening.

Overall, I would def recommend this to read if you are looking for something different with some, but not a lot, of action, something that will get you thinking and with a lot of discoveries then this one is for you.