I was seriously late to the party for Elfen Lied. I have heard about it repeatedly but it kept being bumped down on my to watch list for one reason or another and finally I took the plunge and actually watched it. I can see why the age restriction is there.

“Diclonius”, is a newly mutated species that have an appearance similar to that of humans, but with several differences, namely horn-like protrusions on the forehead. Locked in a facility and experimented on, Lucy mysteriously manages to escape leaving a high body count in her wake.  All thanks to an ability unique to Duclonius. However just as she is about to be home free she takes a bullet to the head. Her injury causes her to develop a secondary, childlike personality known as Nyu. She is found naked on the beach by Kouta and his cousin Yuka. They take her home not sure what to do with her. Will they be able to carry on living peacefully with Nyu switching frequently from oblivious to murderous? Especially with numerous and often brutal, attempts to recapture Lucy by a Special Assault Team and a number of other Diclonius.

Incest always brings thoughts of Game of Thrones to my mind and I just can’t see past this with Yuka and Kouta. They are, after all, cousins.  That said, I’ll come back to that. This is not a cute review, it is a long read and there will be spoilers, enjoy!

Firstly, the name first confused me a little, why Elfen Lied? Then it clicked. Another way to take that is Elfen Song, which is really clever since a majority of the story would not have been able to take place if not for a certain melody. Which leads the story, get it 😉 As for the Elfen part I understood that considering Lucy is not what I would call a standard human. She has a more mythical role.  Also back to LIED, a lie started the snowball effect in Lucy’s mind which led to so much murder. 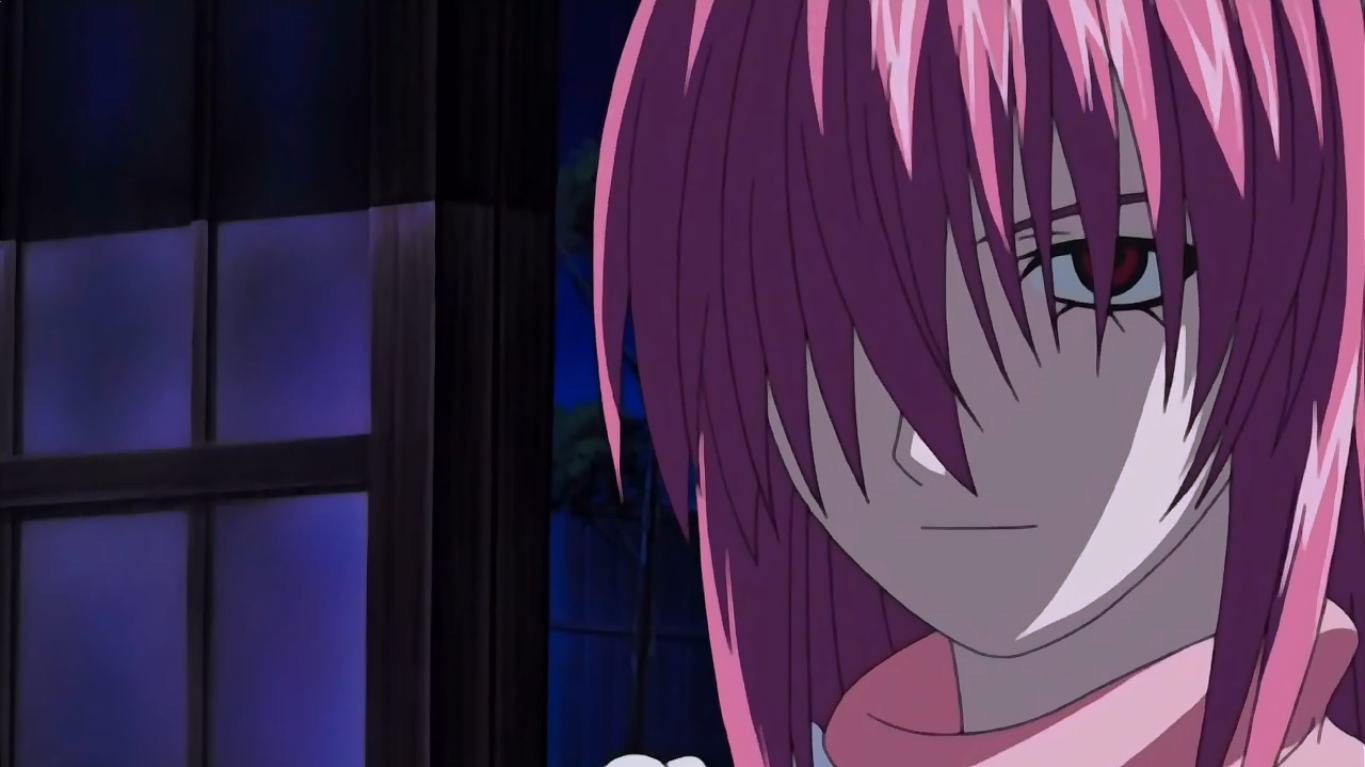 The gore reminded me somewhat of corpse party which appealed to the morbid side of me. Although there were big parts of this that really broke my heart. Like the molestation of Mayu by her step father, accusations of her mother and the fact that she also came to blame herself and felt that she was the cause of the trouble and that she was believed that she was unwanted.  That was a difficult episode to watch. Then there was the whole background twisted and the somewhat hypocritical story of Kurama with his wife and child.

The great part is, those are just tidbits to add to the whole emotional road that is Elfen Lied, they are not the main drama keeping you hooked. No, what keeps you hooked is the murderer parading around as an innocent air head who could at any moment switch back to the psychotic killer who might (hopefully) go on a killing spree. I’m sorry I really wanted to see that!

There was a lot of action and as I mentioned before, gore. There is a lot of limb severance, decapitations, exploding body parts and lots and lots of blood splatter. Most of this, however, is pointless and really at the end of the day did not really need to happen. This mostly happened because instead of acknowledging that Lucy had feelings the humans decided attacking would be the better move. Here I am referring to the little snots at the orphanage who beat a puppy to death to get a rise out of her. 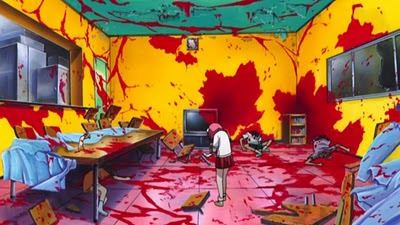 I fully stand and applaud what she did to the boys there. I am against any form of animal abuse and gotta admit my heart broke for her but at the same time really felt satisfaction at her actions. Although it was a pity her friend died too.

I can see why she would develop a grudge and mistrust and why she really started to view herself as ‘not human‘ after being told so many times that she was not. I found myself wishing I could have stepped in and given her younger self a good cuddle and tell her it would be okay. Then she started killing happy families, I think there was more to this aspect than first explored. She had been abandoned at birth and was often alone and bullied. Even if she did not realise it, I think she might have resented those who were happy with their family. Which might have also fueled her later actions with Kouta’s sister and father.

I was curious about what happened on the day of the festival but it did not seem to hold that much importance. Rather it seemed like something Yuka had been held up on and quite frankly it annoyed me. He is her cousin. As soon as I saw her feelings I was instantly against it and just could not find it in me to move past this. Then Kouta starts going along with it and I wanted to reach into the screen and slap him. Mainly because it really felt like he was just going along with it because he could not find a reason not to.

You could see he would two-time if was pressed (and not too hard) by Nyu/Lucy. Which he does in lots of different ways. The connection between Nyu/Lucy and Kouta is obvious, really obvious. I wondered how that would play out, but we do not really get to see that since at the end Lucy leaves after they both recall that she was the reason that he had lost his sister and father. Yet neither one actually lets go of their feelings, instead, they actually voice them out.

The anime had a rather heavy emphasis on fathers with very little reference to mothers. Kurama had killed a lot of children but could not bring himself to kill his own. He also took on the role of being a father to Nana as a way to somewhat atone for all that he had done. Director Kakuzawa was a really crappy father not even caring when his son had died. Kohta’s father whom I am assuming was a decent guy, was murdered by Lucy because Kouta had lied to her. Then there was Mayu’s step-dad which honestly made me worry about any children he may have in the future, although I have a hope that if there are any more children, Mayu will step in as the big sister and rescue them from him. Although I might be reading way too much into this back story.

All in all, I enjoyed this and really got me thinking. I love an anime that can do that. It completely pulled me in and I just had to finish it. I stayed up until 2 am to get it done and did not start this review right away because I was reminded that I did have to go to work in the morning. I am happy to say this has not been over hyped.

Quick question, who do you think is at the door at the end of the season? I want another season!