It’s pretty twisted that a school is teaching a bunch of kids to use another bunch of kids to eat evil people’s souls. Yet I love it! It has been a while since I last watched Soul Eater and was surprised to find I had not done a review on it yet. So to correct myself, here is the review and breakdown of what is part of many ‘I watch anime’ starter picks! 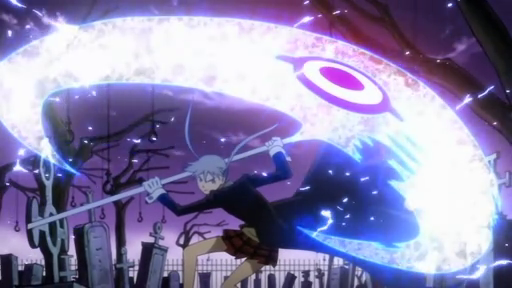 Shibusen is a technical academy based in Death City. The whole purpose of the acadamy is to develop “Death Scythes” for the shinigami to use against the evils of the world. Death Scythes are made from human hybrids who have the ability to transform their bodies into Demon Weapons. These weapons can only be transformed into Death Scythes after consuming 99 evil souls and one witch soul. Maka is a straight-laced Meister who has teamed up with Soul, a Demon Scythe. Together they aim to advance Soul to a Death Scythe. They work alongside the hot headed Black Star and his caring weapon Tsubaki, as well as the Shinigami’s own son, Death the Kid, an obsessive-compulsive dual wielder of twin pistols Patty and Liz.

What is not to love about an action packed anime following a group of teenage kids battling it out against evil forces while trying to work together? Okay I will admit at first I was slightly freaked out by Soul eating a Soul but I just rolled with it and really have enjoyed the series as a whole.

My personal favourite character in the show is Frankenstein, and my least fav and most annoying character would be Excaliber. The anime brings in so many famous names and it really does challenge and reconfirm your ideas linked to the names. 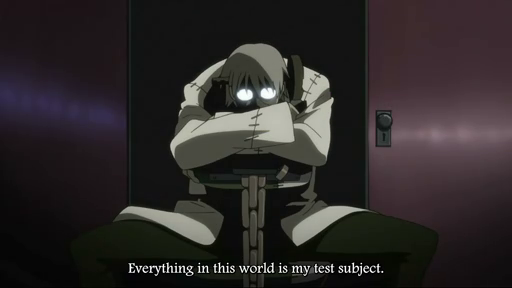 The characters are what really kept me watching. Each personality clearly stuck out and you could clearly identify who was who. The way the characters interacted really made for amusing moments and gave a rather up beat feel to the whole anime. While there are dark segments of the anime, from discussing mental issues and parental neglect and what could be abuse the humour keeps it from being overly dark or disturbing.

My only real pet peeves would be Excalibur and the ending. Some people love Excalibur and I am part of the group that just really can not stand him. He really is annoying. The ending was rushed and I personally prefer the manga’s ending which does differ from the anime.

The animation style suited the story and easily conveyed each situation whether it was serious, humorous or even internal reflection. I enjoyed the intro for this as well as the opening song. I never really watched the end credits, to be honest. That was before I made myself watch the credits for anime.

This is a classic action anime with tons of laughter and you don’t really need to think when watching this. 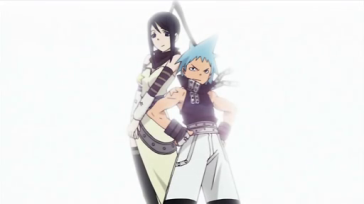 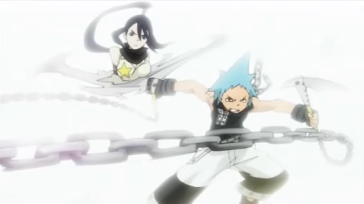 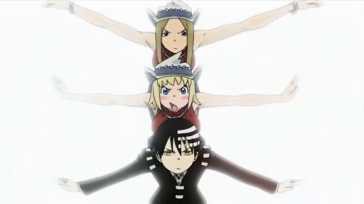 3 thoughts on “Soul Eater, a Classic”