The first time I watched One Piece I was not overly impressed with the animation and it took a while for me to get used to it. I also had to remind myself that this is an older anime that started back in 1999. This time around is my second attempt at watching One Piece. The first time around I managed to watch up until the start of the great war and the two year gap. First time around I also watched it in sub.

This time, however, I am watching the episodes in dub. This is mainly due to the fact that I am exercising during my “5 a day” episode challenge so it just makes it easier. Another reason is Ussop, his voice gets under my skin and distracts from the entire episode in the sub whereas with the dub it is not quite so annoying although I miss the voices of the other characters.

So what did I learn and pick up from watching season one a second time?

Season one had quite a few arcs but my favourite is Nami’s arc with Arlong park. For me, this arc had the most emotional impact and the fight scenes were pretty decent. Although I wish she had a bit more to do with taking Arlong down, I understand why it did not work out that way.

I also want to know how does the Going Merry survive all that it has been through? Seriously it is amazing. I am also glad to say that the characters were given a proper backstory which helps understand who and why they are like they are. It also helped to show why the crew can get along in the way that they do.

Then at the end of season one, Nami kills a guy and quite obviously too. Yea I know he would have killed them if she had not done it but at the same time, it was just so carefree afterwards. I mean I know they are technically pirates but I did not want to have them be killers as well. I mean Nami pushed him off the boat into the ocean knowing he would drown due to his devil fruit powers. Yeah I know they beat the living daylights out of their opponents, but do they actually kill them? Which made me start questioning what happens to all the ‘baddies’ they beat up after the fights are done? Do the regular people take care of them? Do the marines? So many questions. 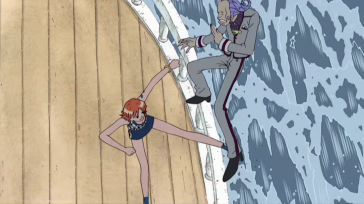 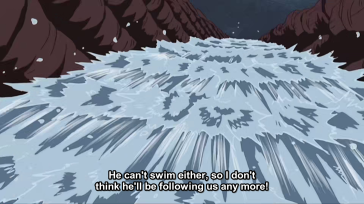 Overall I enjoyed season one a lot more the second time around and I am left feeling really happy our oceans are not as messed up as theirs. I can honestly say I am now looking forward to the next season.

One thought on “One Piece; Season 1”