There is a really simple answer to ‘What is Cosplay?’. It is simply dressing up as a character. However, cosplay is so much more than just putting on a costume. The dictionary defines it as:

“The practice of dressing up as a character from a film, book, or video game,

especially one from the Japanese genres of manga or anime.”

The word Cosplay comes from costume and play. The term was coined in Japan in 1984. The word is only 33 years old! Cosplay costumes vary greatly and can range from simple themed clothing to highly detailed costumes. Cosplay is not simply adorning a costume.

A cosplayer picks a character that they want to bring to life. Whether it is because they like the character, like the clothing the character wears or just the pure desire to make something. The characters chosen to be cosplayed may be sourced from any movie, TV series, book, comic book, video game, or music band anime and manga characters.

Costume contests, offer cosplayers the opportunity to compete for prizes and bragging rights. It also exposes cosplayers to the community giving them some much-deserved recognition.

There is even a term to describe dressing as a character from the opposite gender. This is known as Crossplay. 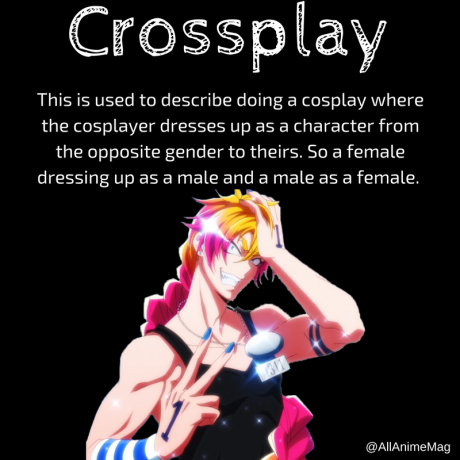 Cosplayers identify with the personality and story of their favourite characters, and this is the main drive behind cosplay. Plus it is just fun to do.

2 thoughts on “What is Cosplay?”