That magical moment where you are surprised to see that the manga you have spent hours reading and catching up on has an anime and that you happen to have all of the episodes is a really rare one and I am glad to say this actually happened to me with this one.

Now there is a possibility for three separate posts for me right here, an anime review, a manga review and also a how do they compare so a manga vs anime post since it is really fresh in my mind. However, since I am only halfway through watching the anime I shall start with reviewing the manga.

The cover image drew me in and I saw it was a harem and comedy so I dived straight in since that was what I was in the mood for. Once again I did not read the synopsis because why potentially put me off of the story or ruin the plot for myself? I figured if I was not keen on the type of comedy or the art style I could just ditch it and move onto the next story. Plus only having a few (yes I consider 56 chapters to be few) I knew I would catch up to the current chapter relatively easily and quickly – it only took me about 7/8 hours with interruptions and distractions in between to read them all.

Guns, comedy and good-looking characters (really a feast for the eyes, all we are missing are the body shots but there is a sauna scene) are only some of the components that I enjoyed with this manga. I enjoyed the artwork as well. The eyes of the characters are really detailed and so is the clothing, character movements and expressions. There is no confusion and it comes across quite easily what the character is thinking and feeling even if it has not been written.

The plot timing moves smoothly without seeming to linger too long at certain points and has not had an issue with moving from one point to another. It has not felt jumpy or randomly mushed together. The mangaka also did a great job of explaining the rules of each and every game that they have played.

As for the characters themselves, they each have strong personalities that stand out in various ways without completely overshadowing each other. I am also glad to say that the main character is not an overly powerful maniac or an instant genius. She has her natural skill and instinct but it does not mean that she is suddenly the best or taking out everybody she comes into contact with. Instead, she does make rookie mistakes, her teammates point out when she is being arrogant and they point out her flaws and areas she needs to improve while also encouraging her to have fun and enjoy herself while she works to get better. Plus her progress is not a matter of work today perfected it by tomorrow anime based plot.

I rather enjoyed the way that the characters would call each other out on some things and then completely go with them on others. This led to a lot of comedy without it being forced or out of place.

The dynamics between the various teams and their team play is interesting to read and I am curious as to how well this will be translated into the anime adaption. While the bad guy Nagamasa Midori is a complicated character this is not revealed entirely up until the more recent chapters I still find him hard to like. Before revealing his past he just comes across as a really twisted guy which I was having conflicted emotions with since it seems that he is a paediatrician. He really is just one of those characters that are hard to read and I am still wondering why his teammates have put up with his behaviour during the TGC matches. So it is really hard for me to actually like them. 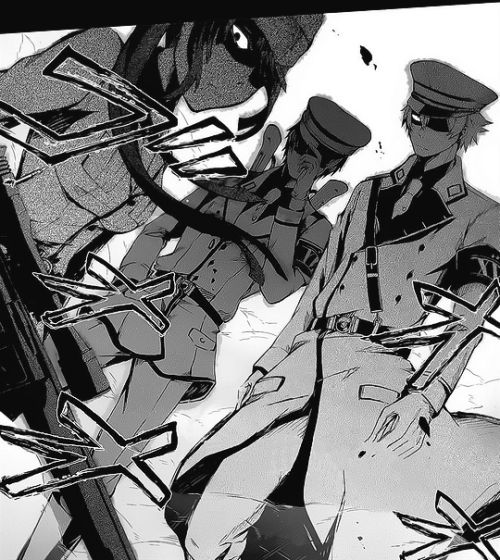 I enjoyed every chapter of this manga and carefully read each one so that I did not miss out on anything. There were a few times later in the series when they started revealing more of Tachibana’s history that I started thinking that they were trying to up the drama to make the TGC more ‘impactful’ and emotional which I felt was slightly unnecessary since it has done a really good job so far.

My favourite character so far is the ero-manga artist Tooru Yukimura. Even though he is really perverted and seems lethargic there are just so many aspects where I agree with him and there are points where I can completely relate. I also love how loyal he is to his friend/s even though it is a tad on the obsessive side. 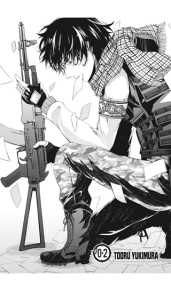 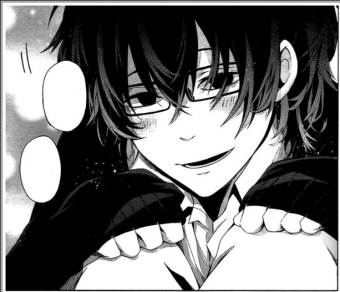 I quickly favourited this one and will eagerly be following its progress. Are you reading Seishun X Kikanjuu? Will you read it? I would love to know in the comments below!