She finds bringing the characters to life as one of the most enjoyable parts of cosplay. Especially after putting in all the hard work that goes into making the weapons,  clothes, the styling of the wigs and more. The actual making of the clothes is one of the hardest parts of cosplay for Elska. She usually hires someone to help her make the outfits for the characters she will be cosplaying. 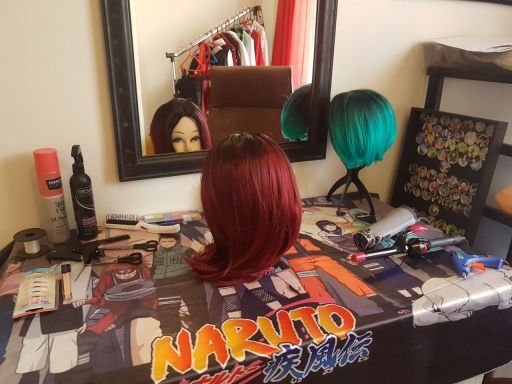 Her favourite character that she has cosplayed so far is Meliodas, from The Seven Deadly Sins. She found it fun to take on his happy and carefree character who smiles and laughs a lot. Her best cosplay moment happened while she was cosplaying Meliodas. It happened at rAge 2017. She had a young girl start hyperventilating when she had spotted Elska dressed as Meliodas. The girl pointed at her while jumping up and down. The girl then suddenly ran up to her and hugged her around the waist tightly and ran away screaming that she loved Meliodas.

For both her Meliodas and her Kenshin (from Rouroni Kenshin) cosplays, Elska wore contact lenses. She finds that contact lenses are comfortable and she has no issues putting them in. Which is surprising since her eyes are sensitive to bright light. With her eyes being dark brown, she feels that the coloured contact lenses she wears help her to better portray the character. 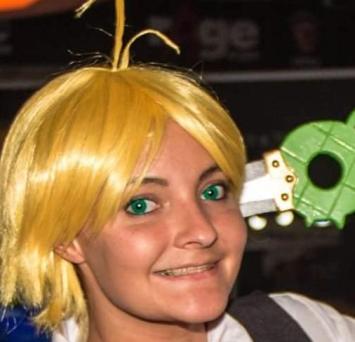 Her Kenshin cosplay was her most ambitious cosplay so far. Due to his character swinging from a badass swordsman to a funny and clumsy guy. Plus his outfit proved to be a workout to get in to and out of. He also happens to be her most expensive cosplay with his outfit being commissioned. His shoes, socks and wig were also bought. 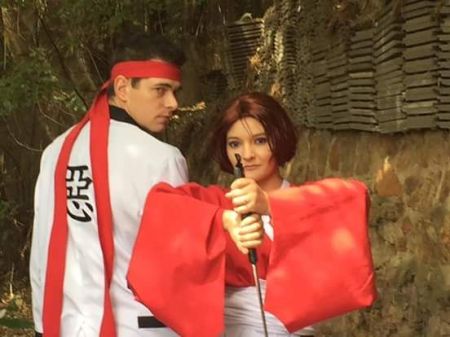 Elska has always wanted to cosplay as Mystique from the Marvel X-men. One of the things holding her back is that she is unsure how to do Mystique’s naturally blue skin. Elska also finds Mystique to be a rather complex character. Although, she does feel that one day she might cosplay as Mystique.

When she first started out with cosplay she wishes she had been told that the cosplay does not need to be 100% perfect. Also, she wishes she had been told that your cosplay is not being judged by more experienced cosplayers and to just enjoy it. She is not sure what the worst advice she has received is since most of the cosplay community actually know what they are talking about.

She believes that it is important to look similar enough to the character so that others can recognise the character being cosplayed. You also need to have a relative idea and understanding of who your character is and what they mean to their anime or movie.   She has learnt that everyone has their own perceptions of a character and that each person has the right to portray the character in any way that they want to.

Elska usually cosplays with her partner although they also have their own separate cosplays. When it comes to the making and putting together of the cosplay they split the duties between the two of them. Her partner is good at woodwork so the weapons and extras are usually left to him. She handles the buying, styling and shaping of the wigs. While they do prefer commissioning their outfits, they do on occasion make the clothes themselves. It all depends on the complexity of the outfit.

They have had a professional photo shoot done before for their cosplay but usually, they just take photos themselves. They just make sure that they do take decent photos.

She believes that cosplay is for everyone and that if you have ever dreamed of being a badass chick or a guy who gets all the girls from any 2D world then now is your chance. She promises that it is fun.

To join the cosplay community she recommends joining cosplay groups on any social media. For Facebook, she recommends groups and pages like Cosplay South Africa and Cosplay for Newbies. For the moment Elska does not have a Facebook page dedicated to her cosplay, but she is considering it. However, you can find her on Instagram by clicking here or searching the handle @ElskaKeefe.