Originally known as Tech Fix Play, the website has had an overhaul! That overhaul means that there is more anime merchandise listed and available for online purchasing in South Africa! Yeah, Baby!

I have spotted their stall at rAge for years and would pop onto their website occasionally but my luck would be bad and they would either be out of stock of the items I wanted or their website would be down. Really bad luck I know…However, now with the revamp of the website their selection has grown, which makes me really happy since that means more anime merchandise for me to drool over and agonise over what I should buy.

I have been buying my mousepads from them for years now. It has become a sort of rule to buy a new mouse pad every year. So yeah, I have a mini collection.

Now I know that there are a lot of dubious websites that are a cause for concern and that just makes shopping for our fandoms that much harder and makes us distrust online shopping. So to test the validity of the newly redone Play Tech, I have made a purchased on the site to see how long the delivery time is, whether their order process is simple and secure as well as to just do a full run and test of their site. 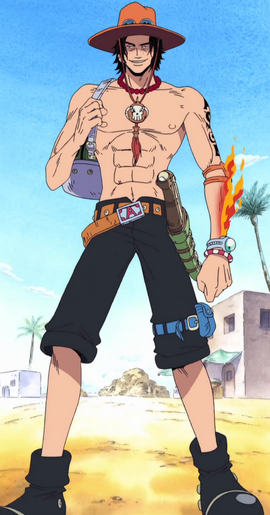 Full disclosure – part of my everyday job is to check for errors and funnies on the front end of websites (so the parts, that we as the general public see) for the company clients and then report these to the tech guys to correct and fix. So my approach to websites is no longer just as a casual observer. So there may be a few ‘funnies’ that I point out that are actually minor but I have just happened to notice them. I take my hat off to the tech peeps who work on the back end of sites, their work is never done. One day the site will be aces and the next, well not so much…

Sorry I just could not resist putting in Ace.

So now onto the fun part, the actual Play Tech website!

I was happy to see that two of their three sliders were anime themed and that just set off a great start for me and I really looked forward to what they have now got listed and I have to say that it is a lot. I just skipped their tech option and jumped straight into play. There was a lot of stuff that distracted me like merch for Harry Potter and Game of Thrones. I had to keep reminding myself I was there for the anime!

Quick heads up, leave the pages on the default sorting option. I found if you tried to sort it by popularity or newness and such not all of their merch would show and you don’t want to miss out on seeing some of the stuff they have available.

Their accessories category covers everything from bags, keychains, wallets and mousepads. They also have phone covers!

Their artwork is another way to say poster! Finally, a website which allows you to purchase posters online and have it delivered to your door! They offer A1 and A0 sized posters and you can also get a mounted version if you would prefer.

They sell hoodies, shirts, beanies, caps and more. All their shirts are round neck.

I like to think of this as the plushie zone. Here they have the teddies as well as the actual figurines.

So now that you know (some of) what they have on their site, how was my shopping experience with Tech Play? I placed my order on the 20th Jan which was a Saturday. I purchased a One Piece poster. Not mounted and A1 sized. My dad would kill me if I put any more nails in my bedroom walls. Selecting the poster, size and type were really simple. Adding it the cart was just as easy. I was happy at not having the page redirected to the cart when I clicked ‘add to cart’. Then, because I had spent quite a while browsing every single page that they have, I knew that I would just be getting the poster this time around so I clicked the checkout button.

The check out was also really simple and clear. They did not ask for any weird or unnecessary information and you do not have to create an account with them. I am also happy to report that they offered various payment options and you could decide if you would collect your purchase in-store or have it delivered.

For the purpose of this post, I selected delivery, which due to my area means I paid R79 extra as my delivery charge. Which honestly, I expected the charge to be more. They do clearly explain that the delivery (shipping) charge starts at R70 and then depending on your area will probably cost more. I have had it before where I add more items to my cart to reach the ‘free shipping’ price because it still worked out cheaper than buying only what I wanted and paying for shipping. So here, I do not mind the R79.

If you want the free shipping with Tech Play you need to spend R300 or more which I feel is reasonable. Guys, courier companies are expensive so the fact their threshold is R300 is a bargain since some shipping fees can be R250 depending on the delivery address and distance.

This is the only part of the entire bit that I have an issue with. Plus I’ll admit I dropped the ball here too. Since I ordered on the 20th Jan I expected my order to arrive before the end of Feb so when it had not arrived I emailed to let them know that I had not yet received my order.

That was frustrating, I would email and a few days later get an email saying that my ‘ticket has been Resolved’. It just felt like my emails were not getting to a real person and that it was going through an automated system. After a few rounds of this, I picked up the phone and called them. The guy on the end of the line was so friendly and eager to help. I am not sure why but I avoid picking up the phone and calling, I need to do that more often. Makes things so much easier.

However, on Friday (6 April) my poster had still not arrived. So I called them once again and spoke to a different guy. He was genuinely surprised that I had not yet received my poster and even recalled that it had gone out. He followed up with the courier company and found that there had been a couple issues. So he re-sent me my poster on Friday and it was such a nice surprise to see my delivery on my bed when I had got home from work.

They had also included a Luffy keychain/plushie as an apology. My mother has dubbed him the Chucky Luffy. He is officially my first anime plushie that is not Totoro.

Overall, Play Tech is a legitimate and reliable place to buy anime online. They are really friendly and were incredibly helpful. I am part of the reason that this had taken so long. If I had called sooner I would have had my poster sooner but days pass by so quickly and I was too lazy to pick up the phone and call them.

Wanna check out their website for yourself and see all the awesome stuff they have? Go to www.playtech.co.za

I shall soon be going to their physical store and checking that out as well!