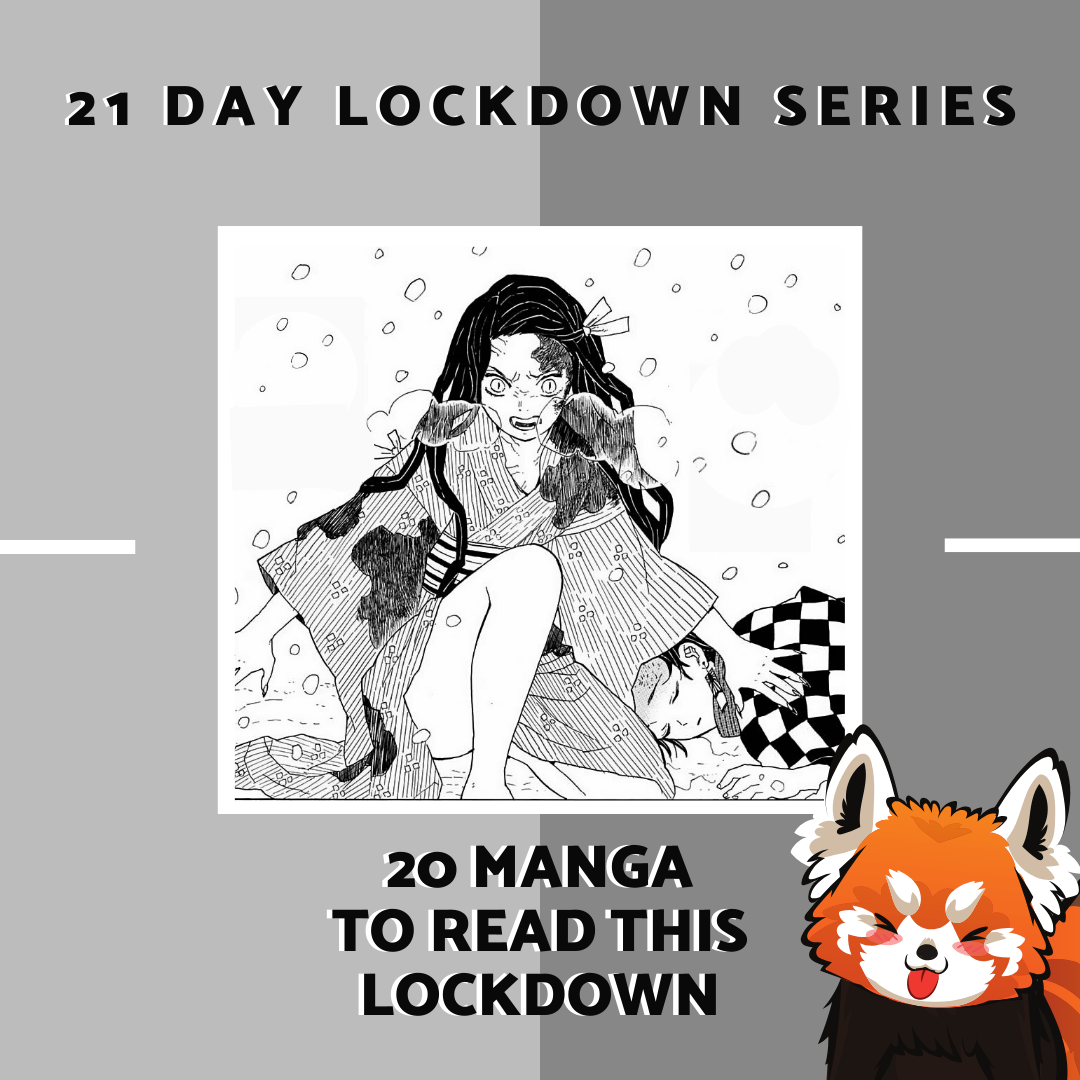 With still 20 days to go with the nationwide lockdown, that gives plenty of time to sit back and read some epic page-turners.

Below is a mix of 20 manga. Some are ongoing but most of the below are completed.

With over 970 chapters and still ongoing, One Piece is a massive undertaking, even for the biggest of fans.

Luffy’s goal and wish in life is to discover the One Piece and be the Pirate King. After accidentally eating a devil fruit he gains the ability of rubber. He sets off gathering his crew and friends. Together they aim to seek the One Piece and realise each of their dreams. 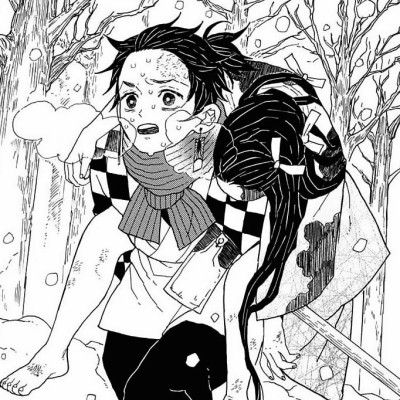 The popularity of the manga boomed after the release of the anime in 2019 and with 199 and still ongoing, the manga is looking to be a good binge-read manga.

Tanjiro visits a neighbouring village to sell charcoal and is forced to spend the night at someone else’s house instead of going home. When he gets home the next day he is horrified to discover that his family has been massacred. However, one of his sisters, Nezuko, is still alive but she has been turned into a demon. He vows that he will help her become human once again.

A full complete manga with 369 chapters, the Magi manga completes the story that the anime leaves unfinished.

Aladdin wakes up to find himself outside of the room he had grown up in. Away from his best friend, Ugo, he struggles with learning about his identity and being someone who will choose kings who will follow the righteous path. Follow his adventures as he meets others from 1001 Arabian Nights, like Ali Baba and Sinbad, and fights to keep the balance of the world in check!

Gintama is 704 chapters of pure random amusement and brilliant, quirky and witty humour.

Set in the Edo period which had been invaded by aliens, three free-lancers – Gintoki Sakata, Shinpachi Shimura and Kagura – search for work to pay their monthly rent.

That is pretty much all this story is about and the odd jobs these three do go in every which way and direction. The only running theme throughout is the need to pay rent. 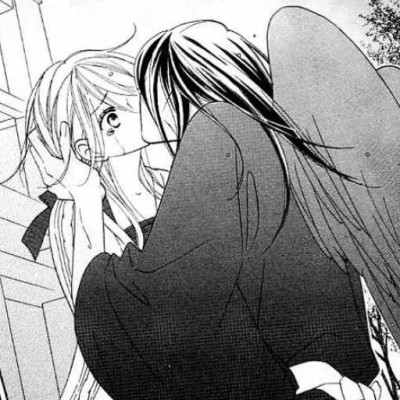 Black Bird is a complete supernatural romance with 89 chapters and plenty to keep you hooked.

Harada Misao keeps her ability to see ‘things’ that others are unable to see to herself. Jealous of her ‘normal’ friends getting boyfriends she keeps having dreams of a boy she had met when she was younger.

Her life is turned upside down when suddenly one-day goblins try to eat her and her childhood friend, Kyo, rescues her and wants to go through with their childhood promise to marry. But what will she do when she finds out that Kyo is her new homeroom teacher and that he too wishes to devour her? 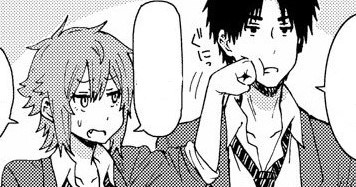 954 chapters may seem like a lot, however, most chapters are only a single page.

Dense with love Tomo Aizawa confesses to her crush, Junichirou Kubota, who is even more oblivious than she is. Junichirou had believed his childhood friend and neighbour, Tomo, was a guy up until middle school. How can Tomo get Junichirou to view her as a girl and accept her confession?

With only 20 chapters, Kanojo Ni Naru Hi is a quick gender-bend manga to binge read.

Miyoshi had always competed and lost against his childhood friend, Mamiya, who was good at everything. However one day Mamiya collapses and is hospitalised for several weeks. Mamiya finally returns but much to Miyoshi’s dismay, he returns as a girl. Now Miyoshi needs to get past his fear of girls and relearn how to interact with his childhood friend.

Ongoing with 110 chapters, each update never fails to entertain.

Upon first sight, Machida Yuki knows that she does not want anything to do with her junior Naruse Shou, but how can she keep her cool when he is a part of the basketball club she manages?

Who has not heard of My Hero Accademia, with 265 chapters and still ongoing you don’t need to wait for the anime to get what happens next.

Since he was a child, Izuku Midoriya has wanted nothing more than to be a hero. Izuku’s unfair fate leaves him admiring heroes and taking notes on them whenever he can.

Enduring many months of gruelling training, Izuku enrols in UA High, a prestigious high school famous for its excellent hero training program, and this year’s freshmen look especially promising. With his bizarre but talented classmates and the looming threat of a villainous organization, Izuku will soon learn what it really means to be a hero.

280 chapters that go so much further than the anime ever did and are so much better too. Such a fun story to binge through.

Kyouko Mogami lived solely for her childhood friend Shoutaro “Shou” Fuwa. She follows Shou to Tokyo so that he may realize his dream of becoming a famous singer. When his dream is realized, Kyouko overhears the truth behind his decision to bringing her with him: he was using her as a maid. Shocked and enraged, Kyouko swears to take revenge by outdoing him in show business.

Staz is the vampire boss of a section of the demon world, but he has little interest in human blood. He’s more infatuated with Japanese culture. When he learns that Yanagi Fuyumi, a Japanese teenage girl, accidentally wanders into the demon city, he jumps to the occasion. However, while Staz deals with an intruder on his turf, the oblivious Fuyumi is killed by a monster and becomes a wandering ghost. The disappointed Staz vows to her that he will find a way to bring Fuyumi back to life.

With an alternative story to the anime, it is well worth reading all 84 chapters.

Tatsumi is a fighter who just got robbed by a pretty girl, but his luck seems to be looking up, as another pretty girl has taken him in. What he doesn’t know is that this girl is about to be visited by a family of assassins (including the girl who robbed him) and they might be the good guys and they are recruiting. 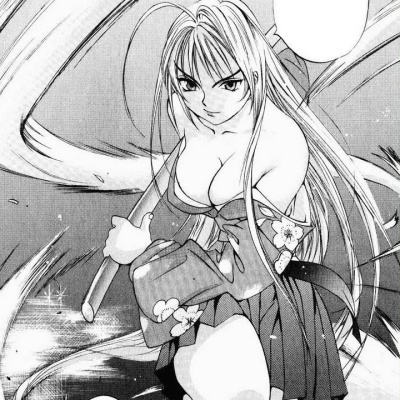 For some people, high school represents the opportunity for a fresh start. You can take new classes and make new friends. For Souichiro Nagi and Bob Makihara, though, high school means something different: the chance to become the top fighters in the entire student body! Souichiro’s aspirations to become top dog are cut short when he runs afoul of Masataka Takayanagi and Maya Natsume. The two upperclassmen easily stop the freshmen duo’s rampage across school, but rather than serving as a deterrent, it only stokes their competitive fire. What kind of monstrous fighters attend Toudou Academy?

The anime was so sweet and the manga is even sweeter with 113 chapters.

Shirayuki was a young girl born with unique apple-red hair. She meets a famous but foolish Prince Raji, who falls in love with her at first sight and orders her to become his concubine. With nowhere else to go, Shirayuki cuts her hair and escapes to a neighbouring country.

While traversing through the forests, she meets a young man, Zen, who helps her after she boldly cures his wounds, but then gets poisoned by an apple meant for Shirayuki. Meanwhile, Prince Raji sends out henchmen to search for her. What will happen to Shirayuki?

An ongoing story with 161 chapters filled with action, drama and well-timed humour.

Young Ciel Phantomhive is known as “the Queen’s Guard Dog,” taking care of the many unsettling events that occur in Victorian England for Her Majesty. Aided by Sebastian Michaelis, his loyal butler with seemingly inhuman abilities, Ciel uses whatever means necessary to get the job done. But is there more to this black-clad butler than meets the eye?

A total of 58 chapters

Deadman Wonderland takes in prisoners from all over Japan, using them as attractions for tourists at a theme park. Little does the public know about the true purpose of this “theme park” and the horrors that take place within.

Ganta Igarashi, a middle school student is falsely convicted as the perpetrator behind the massacre of his entire class, finds himself sentenced to Deadman Wonderland. What will become of him now that his life depends on the bizarre “games” that this prison holds? And just what does Shiro, Ganta’s supposed childhood friend who awaits his arrival, know about the Red Man?

Hatori believed that one day she would get married to her childhood friend, Rita. No matter which girls he dated, they could never take her ‘position’. She saw no need to confess to Rita, until one day she realises there is something different about the new girlfriend. Now she is determined to steal what she believes is her place, but at what cost?

An engaging story with 189 chapters so far, Akatsuki no Yona is well worth reading.

Princess Yona lives a life of luxury and ease, completely sheltered from the problems of the seemingly peaceful Kingdom of Kouka; however, the sudden murder of the king and betrayal of her beloved cousin Su-won places Yona’s life in mortal peril. Forced to escape only with Son Hak, who is both her childhood friend and bodyguard, the naïve princess soon discovers that Kouka is not the idyllic place she envisioned it to be. Poverty, strife, and corruption run rampant, making reclaiming the throne nothing more than a wishful fantasy given the kingdom’s current state.

Too impatient to wait for the anime, the manga offers 346 chapters and promises more.

The “Seven Deadly Sins”, a group of evil knights who conspired to overthrow the kingdom of Britannia, were said to have been eradicated by the Holy Knights, although some claim that they still live. Ten years later, the Holy Knights have staged a Coup d’état and assassinated the king, becoming the new, tyrannical rulers of the kingdom. Elizabeth, the king’s only daughter, sets out on a journey to find the “Seven Deadly Sins”, and to enlist their help in taking back the kingdom.

Kawana Tsugumi works for an interior design company. She goes to a drinking party at a client’s architectural office and happens to meet her first love. He’s more handsome than ever and it isn’t until he’s leaving that she realizes something has changed; Ayukawa is in a wheelchair.