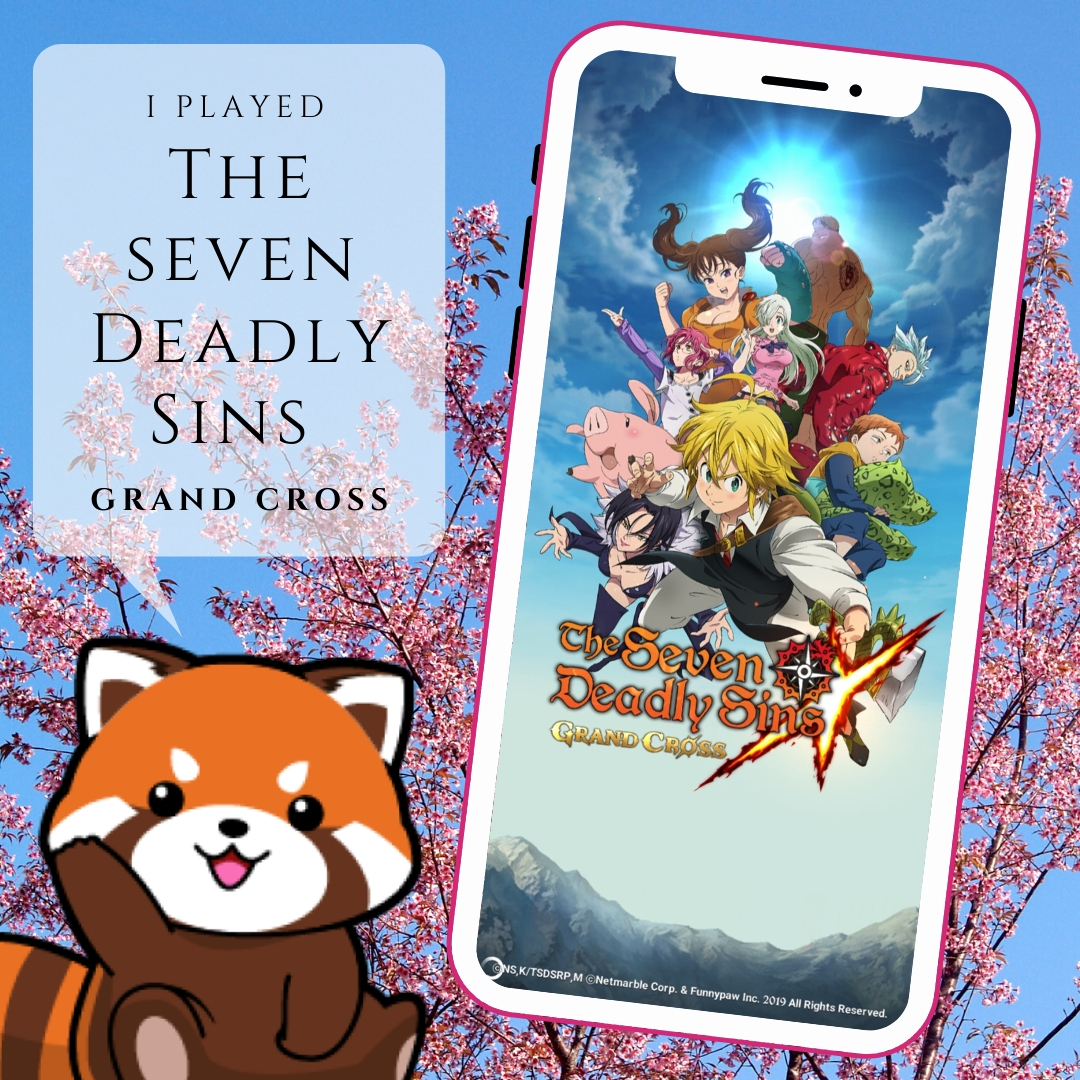 I am not the biggest or best gamer but I still gave The Seven Deadly Sins: Grand Cross a try. I was expecting a play style similar to previous anime based games I have played before like Bleach: Brave Souls. I was not expecting what this game delivered.

Usually, when I play mobile anime games I rely rather heavily on the auto feature because I am weak-willed. The Seven Deadly Sins: Grand Cross did give me this option but I have not once used it. The game is simple enough that I did not need the ‘assist‘.

All I needed was to pay attention to what each ability card could do and use it accordingly. Thankfully just by holding down on the ability card, a non-intrusive pop up would appear letting you know exactly what that ability did. For most of my battles, I had to use a bit of strategy for them to work out in my favour, even if the enemy was stronger than me.

The game offers a bunch of different things to do, from running the tavern to battling it out and following the storyline. The game offers a great difference by allowing you to freely roam around the cities and choosing your missions to build up relationships with each city while advancing through the main storyline and quest.

Like most anime-based mobile games that I have played, it offered daily login bonuses, summoning and more. Yet, because I am a lousy and inconsistent player, I have not managed to get many of the bonuses offered.

New Gameplay style –As I have mentioned before, the game was quite different from what I have grown used to expect from an anime-based mobile battle game. I enjoyed pairing up ability cards and upping the overall use of them and trying different ways to pair them up to take on stronger opponents.

Ultimate Moves and great animations- Thankfully, the ultimate moves live up to their name. However, I have found that I generally prefer moves that deal with multiple targets rather than those focused on a single enemy.

I got a kick out of the ultimate move feature in the game, they have well-animated scenes that are unique to each character and the move.

Animated Drawing/Summoning – The summoning of characters and items is interactive but you can skip the ‘interactive’ part and get straight to the summon.

Unlike most games of this sort, you can’t summon and stack up on multiple characters of the same level. Instead, your duplicates are converted into coins which you can use to level up your characters.

The game also offers item drawing which gives you different equipment, weapons, outfits and hairstyles for your characters. These are also then included in your gameplay and in the animations for ultimate moves. The items often give your characters stat benefits.

Beautiful world – The world we see in the manga and anime have been beautifully brought to life with interactive stories and fun dialogue. Although the dialogue can become tedious and the skip button becomes tempting and useful.

The map is easy to navigate and always offers something to do, with side quests always giving you a whole lot more gameplay. Quests often send you off to gather cooking ingredients or to beat down holy knights or bandits. These side quests allow you to better your relationship with each village and give you a chance to learn more about the world without losing touch with the actual storyline.

Events and Cross overs – I was not expecting full-on anime crossovers and the level of detail and story that goes into the events that come out in the game.

The game updates often due to events and general improvements and expansions made to the game, so space requirement is actually more than what is listed in the game specs on Google Play. You will need quite a bit of free space available to download, install, initialise and when required to update the game.

After playing and experimentation, I really enjoyed the game but am still pretty lost and clueless with all of the features and events. Yet, I put that more to me being an eternal noob and not the game itself.

There is plenty of quests in the game to do and it easily draws you in. The animation sequences are top-notch and fun to watch, although if you want a faster-passed game or get bored you can skip past them with a single tap.

Each time I have launched the game I was drawn in for over an hour without even realising it. I found it really drew me in and there is still lots to do and explore even after all of the time I have invested. I am currently on ‘chapter 2’ of the plotline. However, I am currently completing all side quests in ‘chapter 1’ to level up my weaker characters and to max out my mains as much as I can.

I can already tell that I will be devoting a whole bunch of time to this game, purely to get full ‘love’ with every village and I gotta collect all 7 sins and level them up to ‘UR’ and max them out without spending a cent. Wish me luck!

Oh, and I still need to figure out the whole ‘friends’ feature in the game and see what that is all about.

Are you playing 7DS?

2 thoughts on “I played The Seven Deadly Sins: Grand Cross”