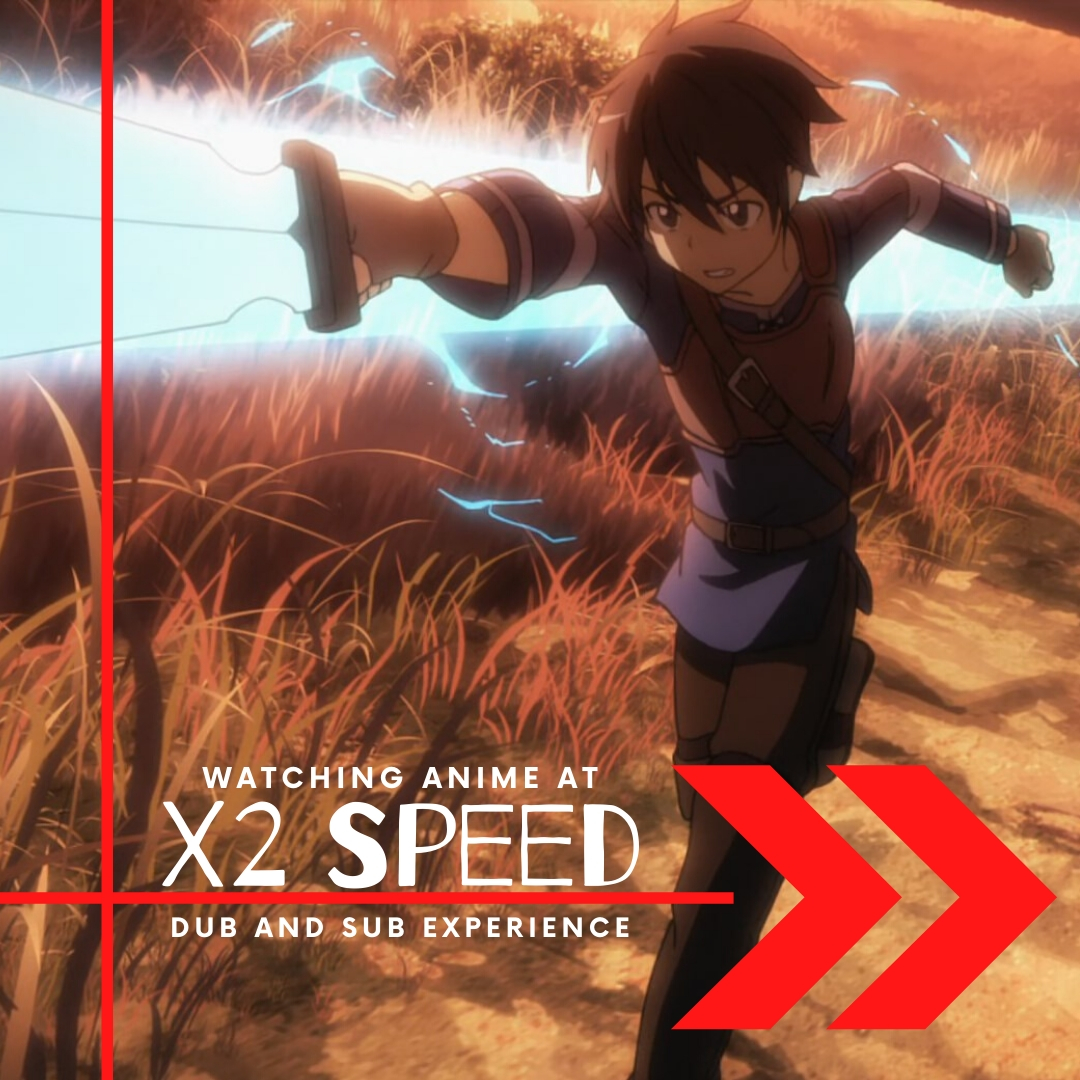 I read a tweet, over on Twitter, a while back about how some people watch anime sped up. I understand the appeal of being able to binge a lot of anime that way but I questioned the sanity. I mean with the sub, subtitles will go faster and with dub, they are going to speak fast so you are going to need to pay attention when they speak.

I went back to some of my favourite well-watched anime and gave a few episodes a rewatch but at 2x speed. I had a fair mix between sub and dub episodes to properly compare the experience for both.

At 2X speed, no matter how deep the voice it was instant ‘bring on the chipmunks’. Trust me, you grow tired of the chipmunk voices pretty quickly. Some voices become hard to hear clearly and if there is a mass conversation it is hard to tell who is talking and who is saying what.

As a fast reader, I was able to keep up with most of the subtitles but there were the occasional lines that I just gave up on, grateful that I had already watched the anime and knew approximately what had been going on.

My final opinion on watching anime at double the speed

I think if given enough time and attention, watching at 2x speed can become a skill an anime viewer can develop, depending on how you feel about chipmunk voices.

I think I will invest some time in developing this skill. I would like this skill purely to recap on past anime quickly when a new season is coming out and for getting specific screenshots.

I would not use this method for watching an anime I have never watched before or for watching an anime to compile a review. It takes away from the experience and personally ruins any emotional scenes and moments. Also if a character says something really meaningful, it is lost to the chipmunk voices and speed.

I also decided to go one up and for my media player that means, 4x the speed.

Listening to the dubbed anime became basically impossible. Sentences ran into one another with basically no pause or stop. The chipmunk voices from the 2x speed were even more high-pitched and similar. I could no longer tell one character’s lines or voices from another.

On the visual side of the animation, it felt like I missed big chunks of the actual animated scenes, especially action sequences. While things still ran smoothly it was difficult to try and take everything in, even more so with the subbed anime as my attention was more on trying to read everything than actually watching the anime.

Overall, I could take no scene seriously, no matter how dire or emotional it was. A beloved character died? No matter, that was two scenes ago and now there is an epic battle. A hard won victory? Cool but who cares, we are at the beach now. Things just happened and went by too fast to enjoy or immerse yourself in the moment. For this reason alone it made watching the anime feel completely pointless other than to say that I have watched the anime. Yet, did I really watch the anime? Ignoring the fact I did the speed ups on anime I had already watched.

What do you think of watching anime at sped up?

I probably went overboard, the ‘slower’ speed up settings are not as bad or noticeable like speeding up to 1.3 or 1.5 but from 1.8 onwards you can distinctly tell you are watching at a sped up rate.

One thought on “Watching Anime Sped Up”