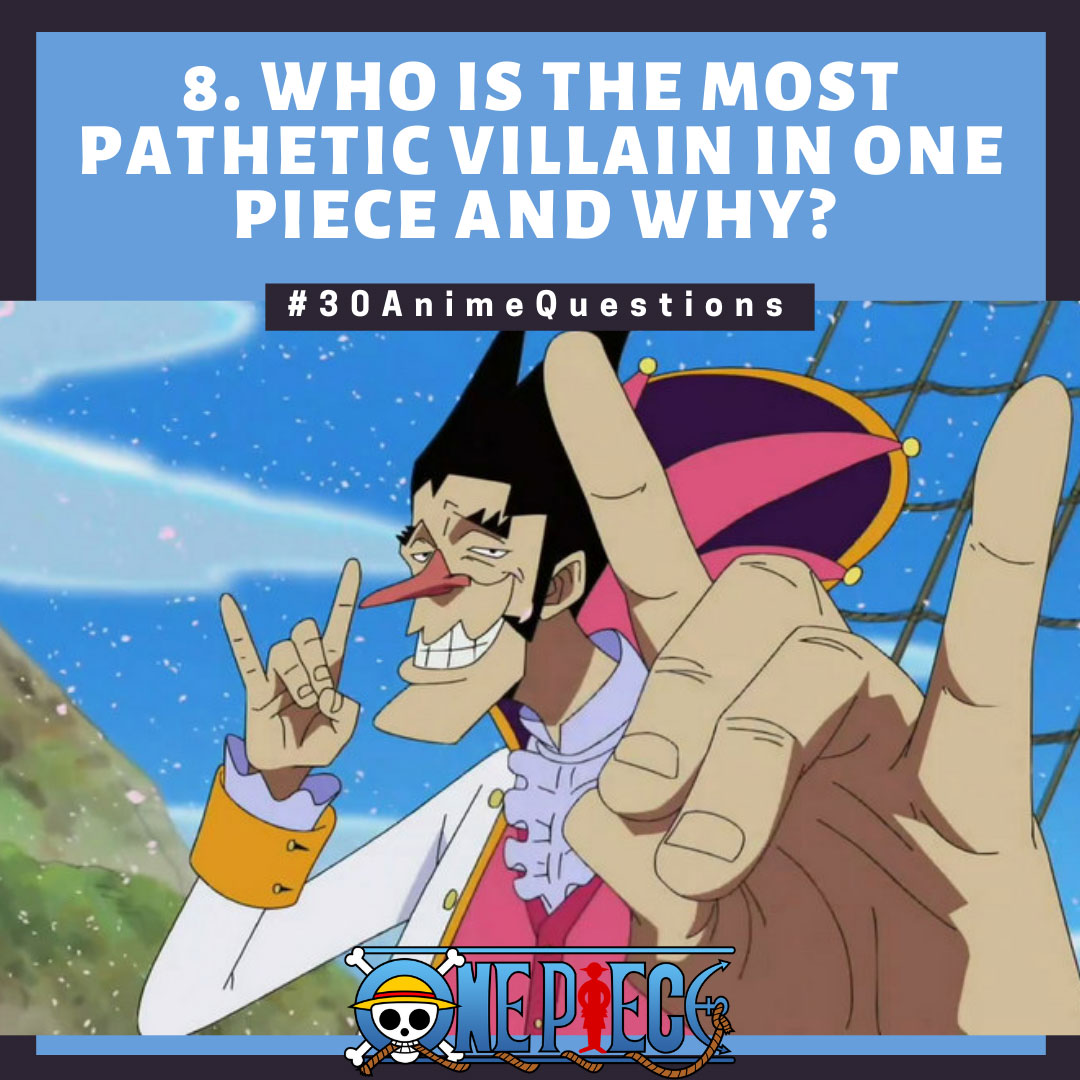 Since One Piece has so many characters it is not surprising that there are great characters and pathetic ones as well. Especially when it comes to filler episodes, the characters in those tend to be questionable, pathetic and some have managed to be rather memorable. For my choice of the most pathetic villain I decided to not pick from the filler villains but stick to pure cannon villains.

Here is day and post eight of my 30 One Piece Questions in 30 days series.

Buggy is one of the first proper villains that Luffy goes up against. Over the series we do get to follow along with Buggy and see him occasionally and we get to learn more about him. Basically he just wants to be a typical pirate who is only after treasure.

I just can’t really take him seriously as a villain in the series. He could be such a threatening force, instead he doesn’t really work to get stronger, rather he gets others to do the bulk of the work. Overall, as a villain character, his delusions of grandeur, desire to put on a show and lack of ‘harmful’ intent left me thinking of him as a pathetic villain.

For being the chief of CP9 he seemingly lacks intelligence. I do not mind his clumsy side but his short tempered, tantrum throwing side irked me. He himself did nothing – it would be one thing if his power and position were earned but it’s not. If he had actually earned his role and then abused his power I could respect him a little but nah.

All he has is connections and a plotting mind. While normally this could be a great combination for a villain, with his character I can’t help but feel he is a petty and pathetic villain. I just feel we could have had more from him and were let down.

Who is the Most Pathetic Villain in One Piece and Why?

All my answers for the One Piece 30 Anime Questions here