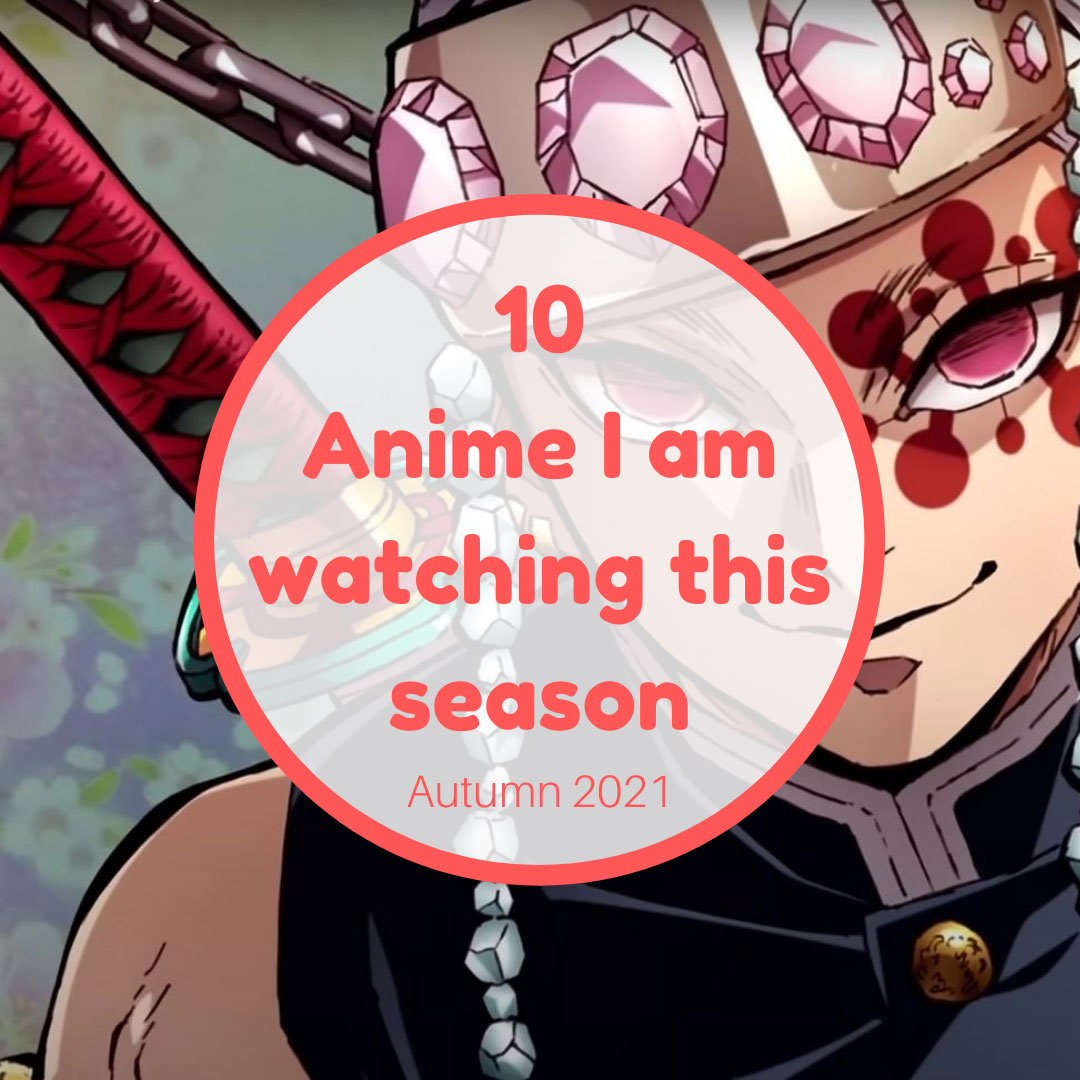 I can not believe we are already at the start of a new anime season, fall. Below are the 10 anime I will be watching from this coming anime season, although my list is not limited to just these. These are the 10 that I am most looking forward to plus two ‘next seasons’ that are coming out.

What is it about: Yatora Yaguchi, a second-year high school student, is sick of his daily routine. He is constrained by conventions yet secretly admires those who reject them. When Yatora sees a picture done by a member of the Art Club, he is drawn to the colours. Later, he attempts to convey himself through painting rather than words in an art project. He becomes so engaged in art that he decides to pursue it as a career. However, he is confronted with a number of obstacles, including his parents’ worries about his unconventional choices.

Tsuki to Laika to Nosferatu

What is it about: After WWII, the world’s two superpowers shifted their territorial ambitions to space. Gergiev introduces Project Mechtat (Dream), a manned space flight programme. Lev Leps, a replacement astronaut candidate, is now assigned to a top-secret mission. Irina Luminesk will be a test subject for the “Nosferatu Project”. This is a programme that conducts vampire experiments prior to manned missions. Lev will be monitoring and training Irina. Lev and Irina share a genuine sentiment as they reach for the stars.

What is it about: Tamahiko Shima is the eldest son of a wealthy and powerful family. To be loved by his often-distanced family was his greatest wish as a child. His mother died, he had his dominant arm paralysed in an accident, and his father rejected him due to his disability. A young lady named Yuzuki Tachibana appeared in his doorway, claiming Tamahiko’s father had sent her to be his bride, and that she was Tamahiko’s daughter. To help Tamahiko recuperate from his childhood traumas, Yuzuki introduces a sense of spring into his otherwise dull life. It’s not long before Tamahiko and Yuzuki’s paths cross again.

What is it about: If Igarashi Futuba’s senpai, Takeda Harumi, wasn’t so obnoxious, her new job would be perfect! Futuba hates his laugh, his towering size, and the fact that he treats her as if she were a child. Futuba isn’t a child just because she’s short and appears young. But does she genuinely hate him?

What is it about: A single human newborn lives in a city of the dead that has been long destroyed and is far from human civilization. His name is Will, and he is being raised by three undead: Blood, a courageous skeletal warrior; Mary, a graceful mummified priestess; and Gus, a crotchety spectral sorcerer. The three lavish care on the boy and teach him everything they know. Will, on the other hand, begins to wonder one day, “Who am I?” He must unravel the mysteries of this faraway dead man’s land, as well as the undead’s hidden histories. Taking the steps towards becoming a Paladin.

What is it about: Mirai Kakehashi is left in the custody of his cruel family after his parents pass away. He’s remained gloomy and miserable since then, to the point where he attempted suicide on the evening of his middle school graduation. Mirai soon finds himself in a desperate fight for survival. He must defeat 12 other “God Candidates” in 999 days to be considered for the job of god.

What is it about: Lugh Tuatha Dé was once an unrivalled assassin for his masters. Reborn into a world of swords and sorcery by the grace of a goddess, he’s granted a second chance at life. He must stop a super-powerful hero who will bring the world to an end unless he’s stopped. Lugh was an unrivalled assassin, but how would he fair against foes wielding incredible magic?

What is it about: Red was kicked out of the Hero’s Party, a mighty force tasked with protecting the world from Taraxon, the Raging Demon Lord’s terrifying army. His new goal is to build an apothecary and live a simple life on the frontier. But keeping his prior life’s secret may not be as simple as he first thinks.

What is it about: Kosuke Mikado is a shy bookshop clerk who can see ghosts and Rihito Hiyakawa is an exorcist with supernatural abilities equal to his lack of social graces. When this strange duo teams up to tackle strange cases, their tactics may not be altogether suitable for the workplace.

What is it about: Fitness Boxing: Kimi to Fit Boxing is a short Japanese anime television series based on the Nintendo Switch game of the same name.

Because the following are continuations of anime, I don’t consider them to be ‘new’ anime per se and hence don’t include them in my season list, but I still want to note the sequels I’m excited to see and will be watching.

What anime are you planning on watching this Autumn anime season? (^^,)