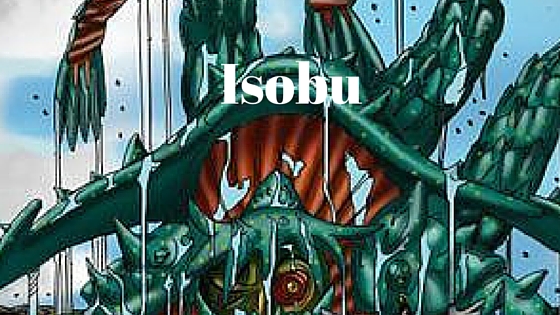 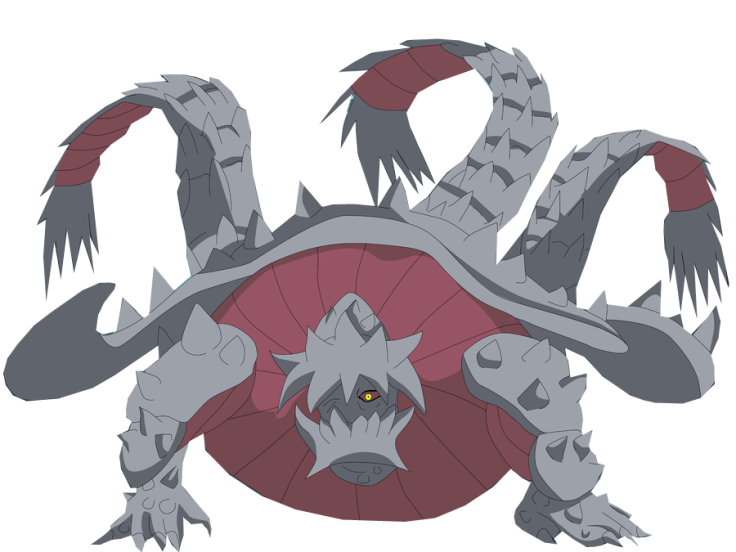 Isobu resembles a giant turtle with three massive shrimp-like tails. Isobu has a crab like shell that is impenetrable. The only weakness Isobu has is its eyes. As well as it’s shell it has spikes all over its body. Underneath the shell sits red like tissue. His face is hidden between a large forehead and a large lower jaw which both have spikes. The right eye is always closed.

When speaking of itself to Naruto Isobu tends to refer to itself as boku, which is generally a more diminutive, humble mannerism.

Despite being such a large size, Isobu is able to swim and roll at high speeds. Isobu can control Water Release, and can release a hallucinogenic mist that can be used to exploit its enemies insecurities and weaknesses . It is also able to create large shock-waves and tidal waves. The tails are deadly as well since it can use them at any time to strike at opponents. Isobu can use the spikes on its shell to their full potential by rolling into a ball and move about quickly. However most of these abilities are only in the anime.