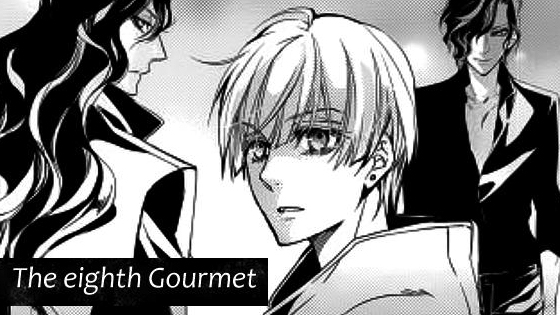 Yas Yas Yas we finally have the next chapter and it does not disappoint! Remember this is a chapter analysis so there will obviously be spoilers. You have been warned but carry on reading if you have already read this chapter or do not care if it has been spoiled.

It is revealed that the eight Gourmet, Lotta is Louis’s younger brother! Plus Lotta is the one who turned Louis into a vampire and disappeared  300 years previously. Since then Louis had been searching for him. Lotta and Louis have a scuffle between them where Louis beats him and Lotta both apologises to and thanks Carvel.

On the cleaning company’s side, the Hunters, they have just made their introductions but the vampires just scorn them. Then it is realised that they are Vampire Hunters (well duh) and then the vampires panic. Seho, Mano’s friend is the team leader of the Hunters at the club. We are introduced to the Hunter team.

Cravel suspects something with the fact that it was too easy to capture the eight gourmet. They are interrupted by the Hunters where Mano and Seho recognise each other. Mano is completely taken by surprise.

Lotta then  manages to escape the vampires and the hunters. Cravel wants to make use of the distraction and escape with Mano and Louis as well. However Louis has disappeared.