Here are my initial impressions of the first five episodes of the new Mugen no Juunin: Immortal and whether I shall be continuing with the series or if I shall be dropping it. 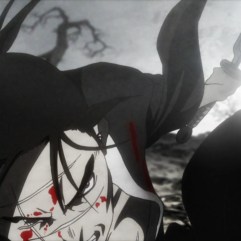 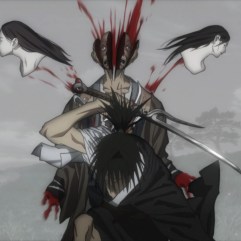 I love the opening imagery. The motions, the overlapping imagery, the violence of it! So far I am really liking the remake. The sound, music and pacing of the episode were brilliant. Our first ‘villain’ had his twisted ways portrayed wonderfully and our main female lead had a strong impactful introduction as well. Really showed us her ‘frail’ mentality. I am looking forward to episode 2. 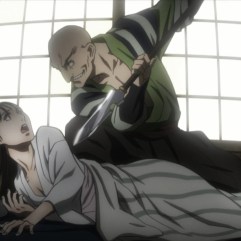 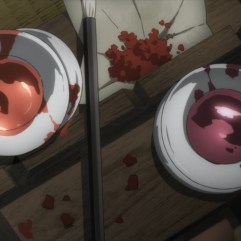 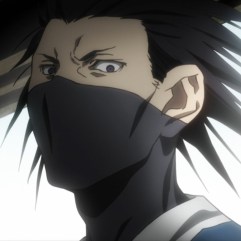 I listened and watch the intro and I am a fan. With this episode, we have an insane painter who is obsessed with the colour red. Or rather,  with attaining an exact shade of red. Our idiotic villain of the episode made a few basic rookie mistakes. The first actually waking his target and the next, he trampled on art. The appearance of her father’s sword suddenly has Rin desperate and begging. Glad to meet a member of the Itto-ryu as well. Seeing our main characters also becoming closer was cute at the end of the episode. 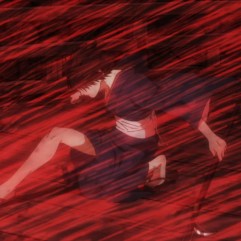 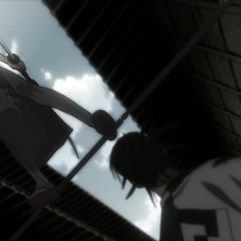 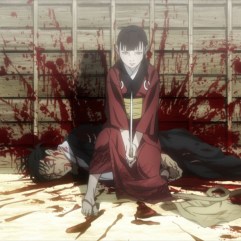 “Become a prostitute” wow what an opening line for episode 3. Yet it did a wonderful job in setting up the story for the next character we meet. I love that we have met such a strong-willed and capable female character. Although her story is kinda sad. I am disappointed in Manji’s ‘battle ability’. He should be better considering the number of fights he has been in. Kinda seems like he is relying too much on the fact that he can’t die to get through his fights. 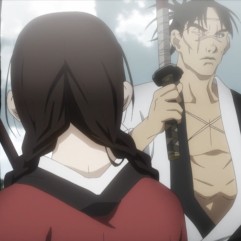 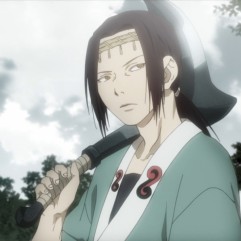 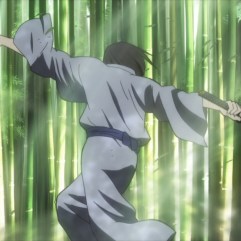 Starting the episode showing another dark side of humanity. Finally some training time for Rin. She really needs it. Which became abundantly clear when she came face to face with the one she really wants to kill. Oof this episode has a lot of ’emotional’ confrontation in it. It is was interesting to see Kagehisa’s past, but I still can’t quite see his side. 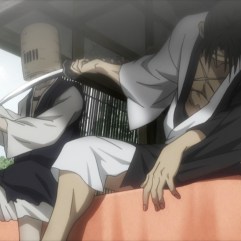 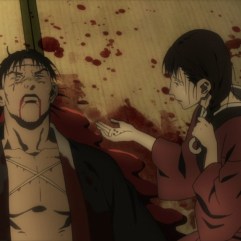 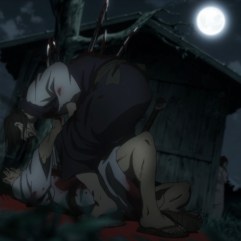 This episode went by way too quickly! I swear it was only 10 minutes long. It wasn’t but that is what it felt like. Meeting another immortal and watching them slug it out was pretty fun. Although I was surprised by Rin and Manji’s ‘teamwork’. Knowing that there is a way to beat Manji’s ‘immortality’ has just upped the stakes of their journey and the battles going forward. I hope this means Manji will be more cautious going forward.

Will I be sticking with it or dropping it? I will be continuing this anime until the end. I want to see how Rin will handle herself going forward and whether she will continue all the way and get her revenge and what she will do if she does get it. I also want to see Manji forgive himself for the death of his sister and redeem himself.

What are your thoughts on Mugen no Juunin: Immortal?

One thought on “The First 5 – Mugen no Juunin: Immortal”