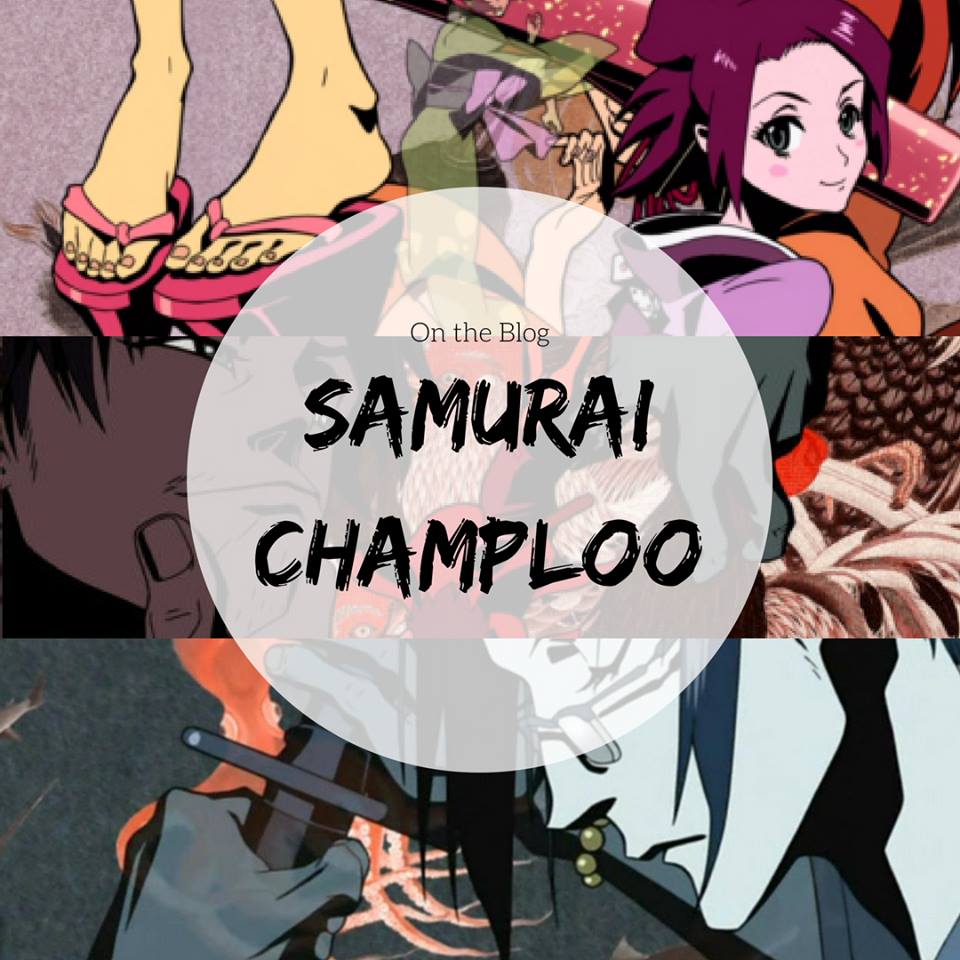 Over 10 years old and this anime still has good animation and a certain charm. Plus there was an epic timing with this post. While I was busy I had a follower on Twitter wish me a good morning with a gif of Mugen! It was really an amazing moment! 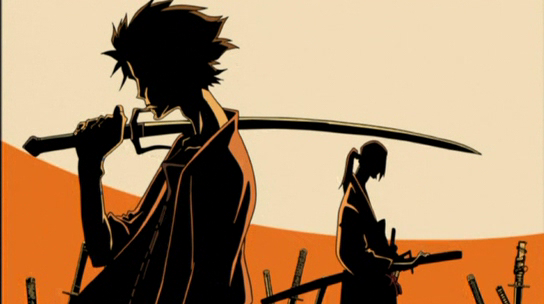 15-year-old Fuu is working as a waitress in a tea shop. One day she is being abused by some samurai when she makes a deal with a rogue samurai, Mugen, to save her. While saving her, Jin, a young rōnin gets caught up in the fray. Which leads to Mugen and Jin fighting one another. They inadvertently cause the death of the magistrate’s son and set the tea shop on fire. Due to the death of the magistrate’s son the pair are sentenced to death.  Losing her job Fuu takes the opportunity to travel and find the Samurai who smells like sunflowers. She strikes a deal with Jin and Mugen, promising to help them escape and in return, they must help her find the samurai.

First of all, how can you find someone just by describing the way they smelled? For me, this was a rather big and glaring issue. Other than that I really enjoyed the story. The anime touched on so many topics from prostitution to religion.

I enjoyed the animation for this, it ran really smoothly and even though the style is simple it is still detailed and the colour and tones suited the show superbly. I am glad that they did not turn this into a romance. That would have killed the story and just straight up ruined it. Although there are times where you wonder how they feel about one another.

The trio clearly did not become best buddies although they did form some respect for one another. I get the overall feeling that after they go their own ways and happen to meet up again they would probably give a small nod of acknowledgement and then carry on with what they were doing rather than happily reunite and reminisce over the adventure they once had.

The two different styles of fighting for Mugen and Jin seemed to balance each other out thanks to the fact that they were so different. The wild and unpredictable Mugen and the calm collected Jin offered enough variation that the fights were always interesting as they faced different challenges from actual bad guys to a very real threat of having no money and thus no food.

The story flowed well and kept adding interesting turns as they travel to figure out who the sunflower samurai is and where he is. The adventure kept growing as each layer of the plot was unveiled. Plus the opening song – Battle Cry – is one of the best anime intros I have heard. Have you watched Samurai Champloo? What did you think of it? Will you watch it?