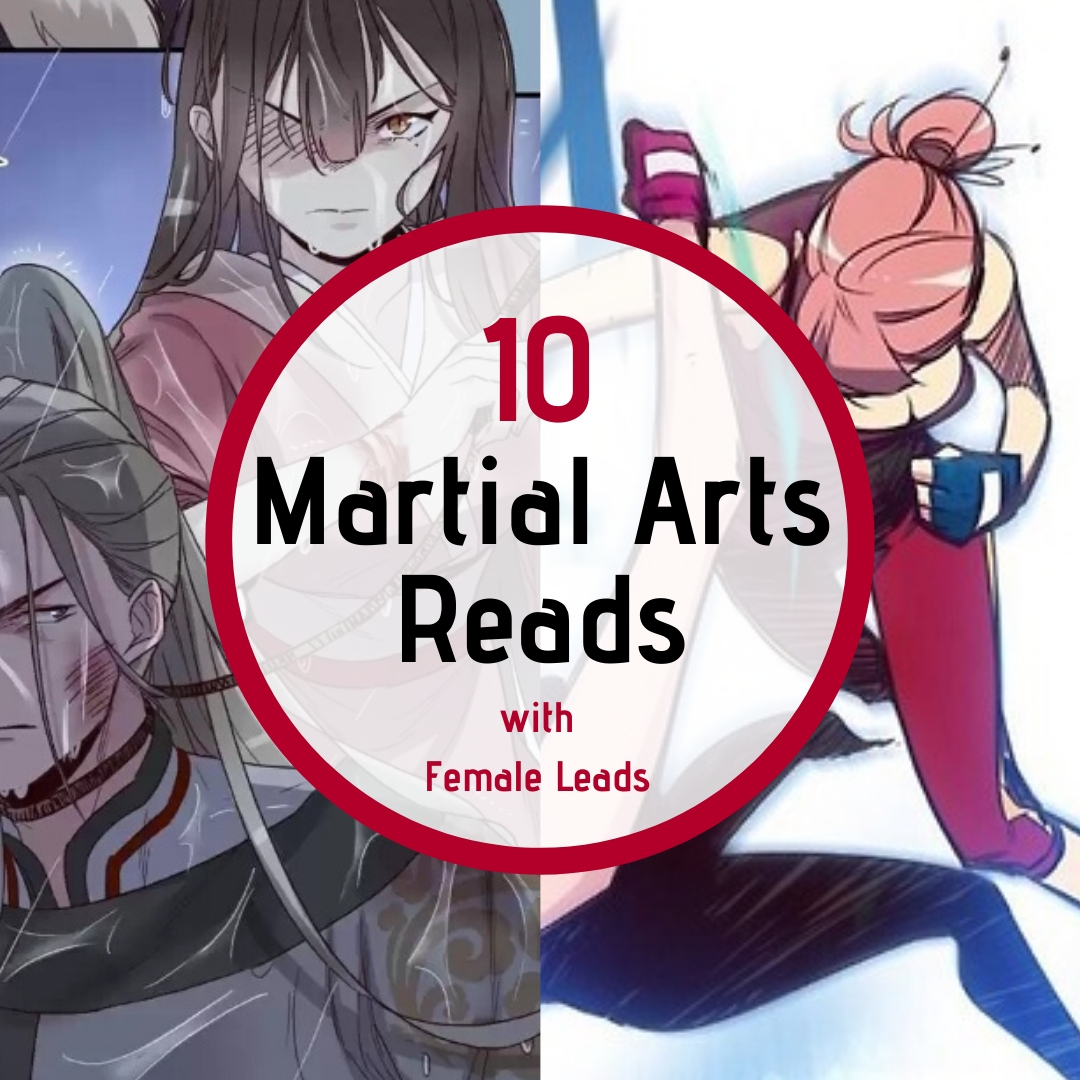 I am a huge fan of strong and independent female characters especially when they are adept with martial arts. Some of the below female leads kick butt and others are still getting to the point where we can really see them shine.

While working on the 10 Martial Arts Reads with Male Leads post I was already on a lookout for titles to include in this post. As such, I hope you enjoy the below list of 10 martial arts reads with female lead characters.

I also included a bonus recommendation. The main character is not female but the rest of the cast pretty much is and I felt the list would be incomplete without this included.

1. Fight For Her Gifted Son

A world-class assassin abruptly finds herself in the body of the Second Miss of the Duanmu Family, from one of the five great aristocratic families of the long past Xuanyuan Dynasty. Forced to take on the identity of the useless second miss who was a mother out of wedlock, she had no choice but to do all she could to protect and provide for her newborn son as a single mother while making use of her unique set of skills.

While on an assassination mission, the strongest female assassin dies. She wakes up in the body of Mu Rong Liu Yue who is just 13-years-old. Lucky enough to have the memories of the girl she knows that her body had been bullied and abused due to the huge birthmark on her face. Determined to change her lot she works to regain her skill and find her place in this new world.

Yeon Lokheun is forced to live as a boy after her father successfully gets revenge for her mother’s death. As she grows up she learns martial and spiritual arts. To save her pregnant step-mom her father attempts to break into the palace to steal a medicinal herb that they need but is caught. Yeon decides she will not lose any more of her family and ends up trading her life to the young Emperor Ga Ryun for her father’s. Soon after she is thrust into the lair of demons and is forced to get stronger to survive. How will she balance meeting the Emperor’s demands while keeping her true self hidden?

4. Legend of the Tyrant Empress

Simple-minded with extraordinary strength and an unfortunate prophecy, Li Shun Yu accidentally and single-handedly beats up the young Emperor of Zhao Ming’s army on his return from the battlefield. To add insult to injury she kidnaps the young Emperor and drags him off to a bush and forcefully claims his V-card. He manages to escape but ashamed he vows vengeance. What will he do when she is the only hope their city has and how can she win over the heart of her honey boo?

5. Phoenix against the World

The jade, Boundless Beast, forces Huang Bei Yue to reincarnate into the king’s 12-year-old, sister, but to her dismay is constantly bullied. Vowing to have revenge on all those who have bullied her new body in the past she builds up her strength and starts protecting herself using her knowledge and deadly skills from her previous assassin life.

From being the last cultivator to being thrust into the body of Ji Fengyan, the mistreated young lady of the Ji family. She is forced to find a way to survive living with her family and find a way to ditch her toxic fiance. Ruthless, intelligent and cunning, will Ji City thrive or collapse with the arrival of the 24th-century cultivator?

Specialising in assassination and poisons and waking up in the body of the disfigured Lady Feng Qingge. She wakes up in a brothel and receives the memories of the body’s previous owner. Determined to walk her own path she abandons her so-called family, but that does not mean she will simply let them go. After all, if she lets those who harmed her go, will she still be worthy of the title ‘The Ghostly Doctor’?

After transmigrating from her old world she is repeatedly defeated by the male lead of the new world until he eventually kills her. She then reincarnates to her 6-year-old self. She decides to find the male lead while he is still young and kill him while she is stronger than him. Instead of the strong male lead image, she had always been faced with she is met with a weak, innocent and pitiful child. She finds herself questioning whether she should kill him as she had planned, or raise him and guide him so that she can use him to get all sorts of treasures that as the male lead he would get. Deciding to milk him for treasures, she decides to take him in as her one and only disciple.

lanna’s pride was her sword and Arhad kept breaking and stepping all over her pride. Even if she had never won a sword fight against him, she never lost the war. Refusing to admit defeat right up until her death at Arhad’s hands. While dying she wishes she had another chance, if she could change her past, she would do everything to be on Arhad’s side and wield her sword for him. Not knowing why, she reincarnates to before she enters the academy where she had met Arhad for the first time. Armed with her memories and determined to change her past, Ianna’s main goal is to make Arhad acknowledge her sword.

A lady betrayed by family and sold by her inlaws then unjustly killed and reincarnated to her past self. Determined to never let her grandparents, uncles and aunts walk all over her parents and herself ever again, she does everything she can to stop every scheme her grandmother can concoct. Armed with a secret storage space and awareness of vicious the world can be, she starts to learn kung fu.

Bonus: Girls of the Wild’s

All girls school, Wild’s High School, is an educational institute that specialises in Mixed Martial Arts. The school has decided to change and is allowing boys to now enrol. Jaegu is a freshman who fears women since his mother abandoned him. Surrounded by women and forced by the school to pick a club, he is about to find out what girls are really all about and just how scary but warm they can be.

What are some of your favourite martial art reads?

One thought on “10 Martial Arts Reads with Female Leads”