Sunday once again saw the end of rAge 2017 where they celebrated 15 years of awesomeness. Today officially a week has passed and I can not believe rAge is done and dusted for this year. Now the wait is back on for next year. So what actually happened at rAge this year?

On Friday I woke nice and early, got to the dome after an interesting and slightly eventful drive. On my way in I stopped and spoke to two guys, I stopped and hit them up with a very casual ‘I see cameras, what do you guys do?‘ Smooth right? Turns out they have a YouTube channel and were there to do some interviews and cover rAge. They offered to do one with me but being the shy gal I am I ducked. They said I could find their channel if I searched for TheGamingCereal (no spaces) and although I did look I could not find it*. But if those guys are reading this please leave a link or tag @AllAnimeMag as I would really like to check out their rAge content.

*Yay I finally saw their channel, wanna check it out? Click here. 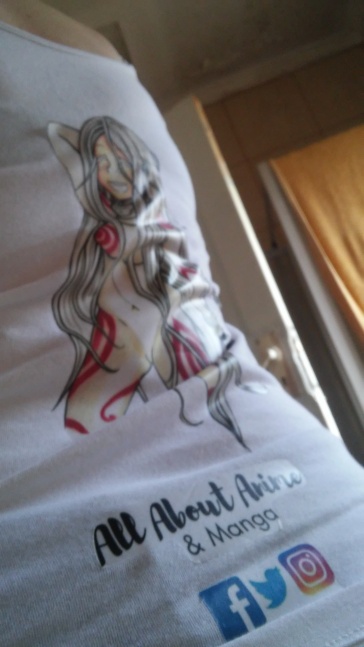 P.s I had different designs printed for the weekend. So three shirts in total. I was really dorkily happy. Anywho after stopping the guys I then finally picked up my press pass and entered the madness known as rAge. I immediately made my way to the Blue Wing which is either referred to as the artist’s wing or the cosplay lounge and started looking around. Then I did a quick circuit around rAge just getting a feel for the layout and then set out to take photos. The very first thing I noticed, there were not as many cosplayers as I had originally anticipated. Secondly, there was a lot of Harry Potter merchandise this year. I really want a pair of dobby socks. I walked around idly and handed out my blog business cards. Said hello to people I recognised from rAge and had spoken to over previous years and then I really went on the hunt for cosplayers. Don’t get me wrong, there were quite a few people dressed up. Either they had on camo clothing to look like people from ‘counter strike’ and similar games and there were a lot of people there with wigs and the sort. Now the main reason I did not snap pictures of them is because, well, I wanted actual cosplay. Yes dressing up is fun and I admire and appreciate what they do. Heck, I would have gone in my luminescent wig if I could but I wanted to grab people who had put effort into ‘becoming’ a specific character. If that makes sense?

Saturday was a fail of a day. I had planned to originally go through for the whole weekend but due to personal reasons, I had to give the day a skip. Part of my reasoning to just leave Saturday was I knew it would be a madhouse and listening to others I somewhat feel I made the right choice although I am kicking myself for missing out on the cosplay that I am sure must have been there. Thanks to @KuyasKorner (vlogger/YouTuber) for following up with me when I was a no-show! Was awesome meeting you and spending time with ya. Love meeting like minded people and stalking their channels 🙂

Sunday was slightly busier than Friday, but my much awaited and anticipated spending day had arrived. I always leave my purchasing to the last day. That way I have enough money for food, toll gate, parking and petrol over the weekend and what is left is what I get to freely spend and boy did I spend. However, more on that later. I view Sunday as the Cosplay day since it is the prize giving and skit day. Although I really liked what they did for this year’s cosplay parade. Each cosplayer who wanted to could go on stage and say who they were cosplaying and have their photos taken rather than walking around the rAge floor. I really did like it because you could see everyone’s costumes really well and clearly. The skits were pretty cool and I really enjoyed the antics of our announcers even if it was a tad long-winded or overdone at times. This was the first year cosplay skits had me laughing so much. My brother went with me and we occasionally met up but on the whole just did our own thing. We had a pretty good lunch of sweet chilli, Parmesan, chicken nugget and ginger noodles though. Sounds weird but it was amazing.

I once again spent the day hunting down cosplayers and really enjoyed those at rAge on Sunday. Overall I met some really awesome people and got a chance to see a few people once again. It was a lot of fun and I am looking forward to the next event. 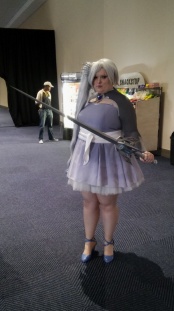 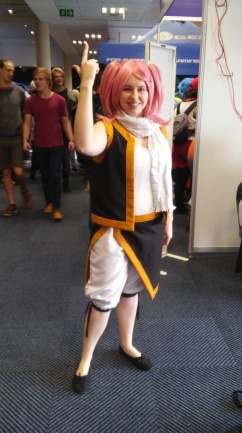 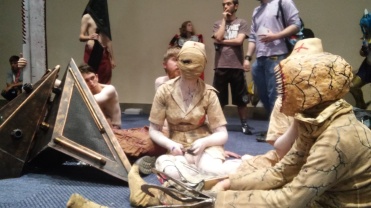 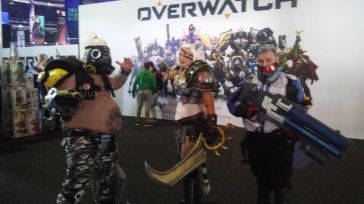 I did not catch that many cosplays this year and I am slightly disappointed with that. I blame my phone battery life. That and the fact that I missed the majority of cosplays by not going on Saturday.

Friday was my favourite day as I had more fun on Friday and for me, the day was more flexible and quiet. I managed to speak to the people I wanted and needed to speak to, built up the confidence to speak to the cosplayers and get their information. I really am a shy person especially when it comes to face to face interaction. Overall, I enjoyed rAge this year and am looking forward to next years. However, I aim to attend more cosplay and geek events throughout the year!

With the completion of this year’s rAge, there will be a few new features added to my blog, such as interviews with cosplayers and I am looking to start an anime hair feature for hairstyles and hair colours!