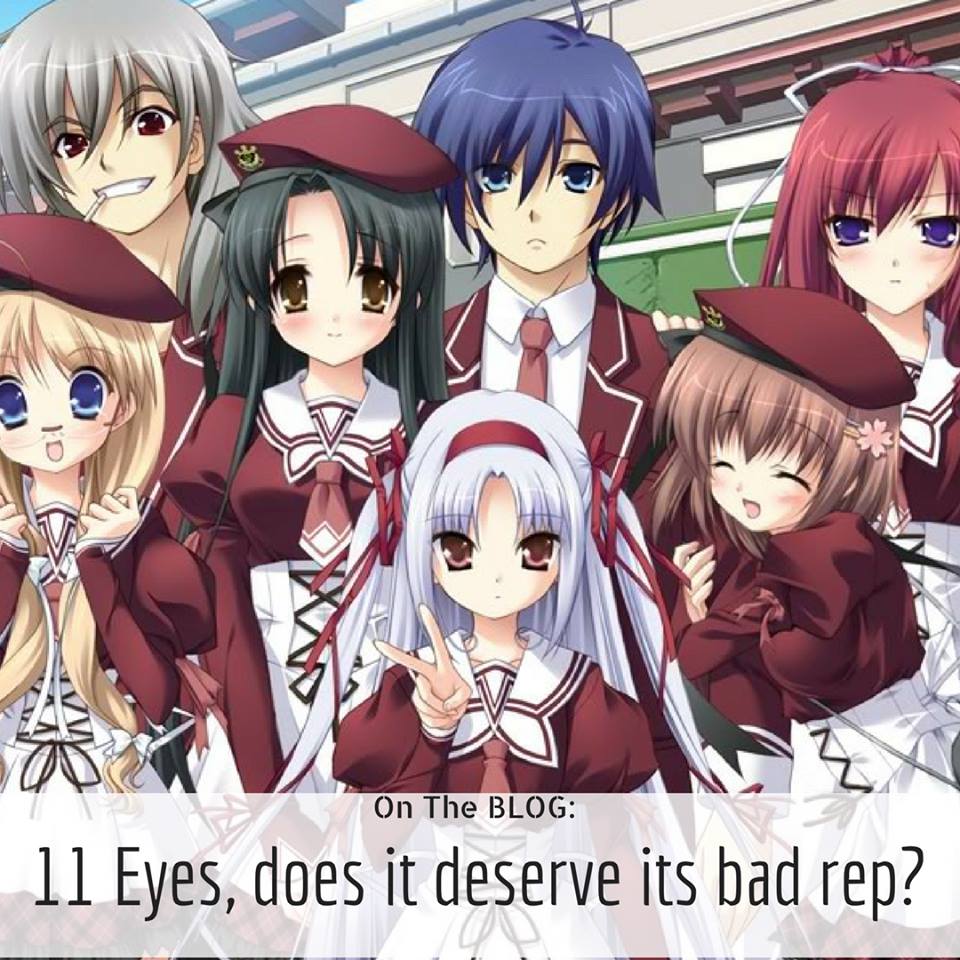 One day scrolling through the anime list I have I saw 11 eyes and was rather curious by the title. Why 11 eyes? Curiosity piqued and in the mood for watching the male protagonist to squirm in a harem like show I decided to give it a try

One day the sky suddenly turns red, the moon turns black and monsters are roaming the streets. Trapped in this strange world Satsuki Kakeru is not sure what to do. He tries to solve the mystery along with his childhood friend Yuka. As far as they can tell the world is empty except for the two of them. When the ‘red-night’ ends the two are convinced it was a weird dream but what happens when they get dragged back in and this time the are not alone?

Honestly I should probably have read a review or two before hand, although that probably wouldn’t have stopped me from watching this. I’m stubborn and like forming my own opinion. However I would have gone in forewarned. There will be spoilers in my below review. I just could not avoid it.

At least the mystery of  11 Eyes was answered, one of them wears an eye patch! The next mystery is the obsession between Kakeru and Yuka. Although it is this relationship that seems to have started the whole “red-night” mystery.

There were some really awkward scenes like where Kakeru gets his eyeball liked and how to save the world two of them need to have sex…yes it is to complete a ritual but really I have mixed emotions about this. However after saying that, I actually preferred Kakeru with Misuzu over being with Yuka.

Yuka gets more and more mentally unstable as the series goes on where the other’s don’t seem overly concerned about it. Even going as far as to encourage Kakeru to just sleep with Yuka to make her happy – because that is clearly the right thing to do – heavy sarcasm. I am glad that he did not actually do anything. Yuka is one of those characters I just can not really develop any emotion or feeling for and to top it all off the way she just kind of remained the ‘useless’ oh sorry meant to say ‘helpless’ tag along irritated me. Which makes it worse that she is actually an important character. 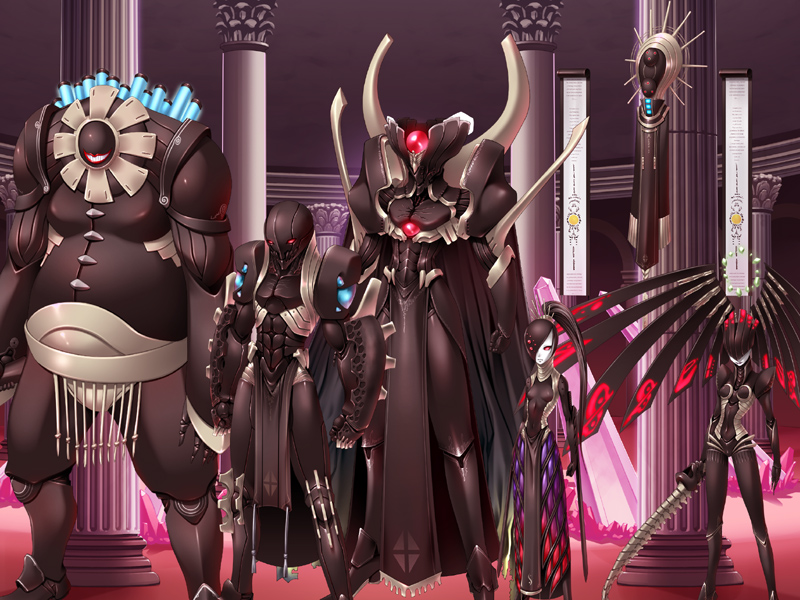 I was frustrated when the ‘bad-guys’ who are actually ‘good-guys’ attacked the good guys and provoked them. Everything that had happened, all the drama and tragedies could have been avoided if the knights had just stopped and had an actual discussion with the teenagers that suddenly appeared. So with that point of view this show lost a lot of its credibility for me. If the two groups had just managed to talk with one another then all the questions would have been answered and so many pointless deaths avoided.

To be fair I will say this does have a worse reputation than is fully deserved but I can fully see why people have so many complaints for this show. Plus the way that the OVA is pure fan service was disappointing. I had hoped that there would be more to it than a ‘pink world’ version to the ‘red’.

Have you watched 11 Eyes? I would love to know your thoughts in the comments below!