Hmmm in the post explaining why I was doing this challenge (you can read it here) I explained that I hoped limiting the challenge to just one anime would make my choice easier, well I was fooling myself. Here are my favourite 5. I will be leaving a few out since they will be featuring later on in this challenge 😉 My list is in no particular order. 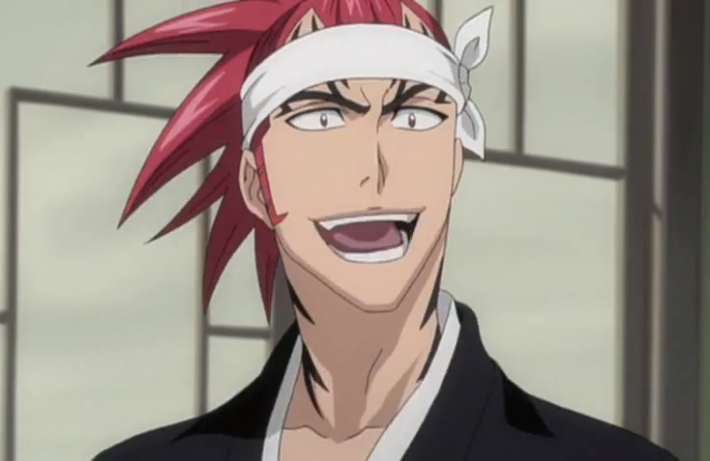 What he did would be incredibly difficult, he ignored his own feelings in order to let Rukia have a better life. Which then much to his dismay almost does not happen and when they are reunited he must capture her for breaking the law and then watch as his society wants to kill her. Also his belief in her and his determination to save his friend was incredible, he even asked the ‘enemy’ to save her. He was willing to go against his entire society just to help her. Plus he just has a boyish charm that is amusing to watch.

Come on, who does not like Kenny? Insanely powerful and just out for a good fight while also being a decent guy. Plus I like him just for the fact he does not really care about appearances and just clearly is himself. There is no guessing with him.adarame and Yumichika Ayasegawa I see the duo as a single unit. It is rare to find them apart.  Ikkaku the muscle brain and Yumichika focused on beauty make an unlikely duo but they work well together and have a genuine friendship. Plus I just really like Ikkaku’s lucky dance even though it really is painfully lame.

I love characters with dual blades, I really am a sucker for them. Plus I have this obsession with long hair. So it came as no surprise when I found myself liking this lazy bugger who isn’t actually lazy. Rather he knows where, when, and how much energy to give for each activity. Plus I like that he has more of an assassination type ability.