I found this one going through my manga app and decided to give it a try. The write up (which I actually did read this time) grabbed my interest and piqued my curiosity. I was expecting a light read with some humour and decent artwork. I had not expected the rather glaring finger pointing at how the human society seems to operate. Well let’s get to it shall we? 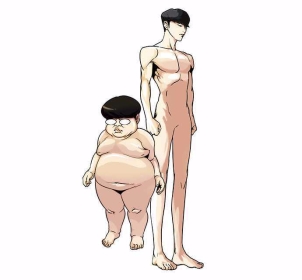 Park Hyung Suk, is bullied and often abused due to the fact that he is overweight and unattractive. But a miracle is about to happen. One day after discovering that her son is bullied Park Hyung Suk’s mom allows him to switch schools even though they are really poor. However, due to his grades, he has to move out on his own so that he can attend a new school. Even though he is in a new area and before the new term starts he is punched by a good looking guy due to a misunderstanding. Blaming his looks he goes home and climbs into bed only to dream that he suddenly has a light, good looking body. When he wakes he finds that the ‘good-looking’ body he had in his dream is lying on the floor. What will he do now that he suddenly has two bodies and is about to start a new school?

I had thought that this would be a rather mischievous read. I mean, what would you do if you suddenly woke up with your dream body and your real one? Instead, I got a story laced with stereotypes and was confronted with so many truths of the world. This was then covered by amusing misread situations and really funny ‘fails’.

The main current of the story is when in his original body Park Hyung Suk clearly sees the differences in attitude among the people around him compared to when he is in his ‘new’ body. Basically, you are confronted with a very image focused society where if you are good looking things will come to a lot easier than if you were ‘ugly.’ Now I know Lookism does take it to the tad extreme side such as in the new body, Park Hyung Suk can earn in a few hours what he would earn working a full month in his original body and the rather obvious contrast in reactions that people have. Some do not like him when he is good looking because they judge him on the fact that he is good looking at that should mean all he cares about himself as well as he is judged when he is in his fat body because he is fat and considered ‘ugly’. Either way, he is judged but the way people retaliate and act around him is different. 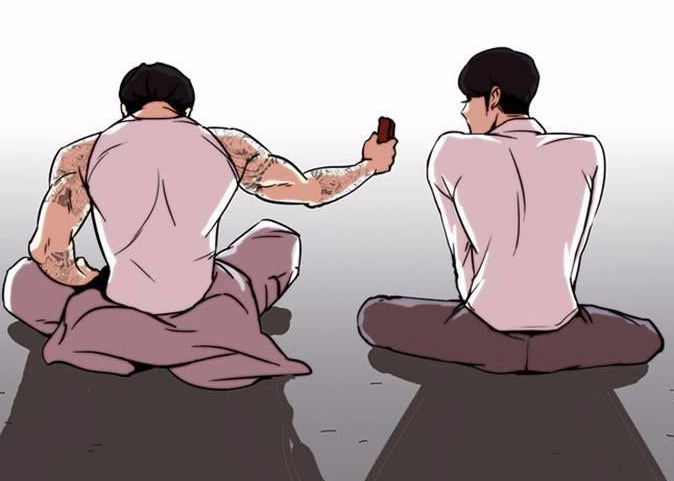 The characters are charming with each having a unique background setting and while they can not be called normal by any stretch of the imagination they are colourful and interesting. There has not been a character that I do not like and I am glad to say that I have not grown bored of any of them yet.

Through the characters, we are shown the various ways in which people meet with what they have received in life and how they have chosen to handle it and go about their daily lives in trying to reach their goals. The bullying in this webtoon is really insane.

I want to read on and learn what really is going on in the background scheming of things. I also want to see how everything will be settled as well as how all the mysteries will come to light. Like why does Park Hyung Suk suddenly have two bodies and will he one day be forced to going back to having only the one?

I really enjoy the artwork for this webtoon and the story flow is really well done. There are parts in this that make me cringe and wince and I really do laugh out loud at points. At first, I thought that Lookism was just the name of this story. Only while doing some research for this review did I learn that lookism is a real word and that it actually means discriminatory treatment toward physically unattractive people; mainly in the workplace but also in social settings.  A really fitting name for this webtoon and I would definitely recommend this as one you should read.

I just gotta do a quick expo on my favourite character. He is just too cute in the way he behaves. 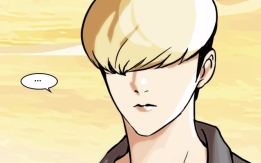 5 thoughts on “Lookism, a forced reflection”