Glaucoma is a group of related eye disorders that cause damage to the optic nerve that carries information from the eye to the brain. By the time you notice problems with your sight, the disease has progressed to the point that irreversible vision loss has already occurred and additional loss may be difficult to stop. For WORLD GLAUCOMA WEEK (11-18 March) I decided I would do a post of anime characters that not only wear glasses but actually need them.

Below are 5 anime characters that wear glasses that I personally adore in no particular order. Uryu Ishida is an under-rated character in Bleach and probably often overlooked. Just like all the other characters in Bleach, he has the quirks that make him normally stand out but thanks to the show he is often pushed into the background and cast as the ‘know it all’ who holds a grudge towards the main character until they form an unwilling partnership.

Gotta love this four-eyed mad researcher of the Survey Corps from Attack on Titan. Her great desire to know more about Titans are one of the reasons I respect her. Plus I love how even though she is a ‘steady’ character she keeps the others on their toes as they are not sure what she will do next. I also really like that they show a headband for her glasses to help explain how she can keep them on when in action. 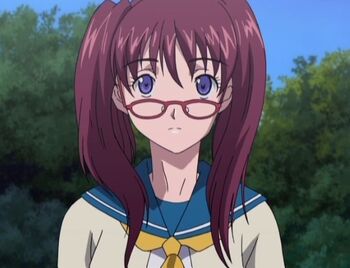 Air Gear’s Ringo is a normal high-school girl with a crush on her childhood friend, who does not actually acknowledge that she is a girl. She also has one more secret. She is amazing when it comes to air gears and she is part of one of the top groups. I adore how much of a good friend she is and how far she is willing to go for those she cares about. Do I even need to explain why he is here? I wondered how he would keep his glasses on during the matches in Haikyuu but was happily shown the ‘sport’ glasses that he wears.  His snarkiness was one of the first things I liked about him and the fact that he was not all just talk. He could deliver and he often surprised me.

This doll always breaks my heart every time I watch Akame Ga Kill. With her kind heart and clumsy nature, I grew to love her. She was charming and endearing while truly caring about those around her. She had an uncanny knack for assassination but you just would never say so, which probably worked in her favour.

What anime character would you add to the above list as a character who actually needs their glasses and not use it as a fashion statement?