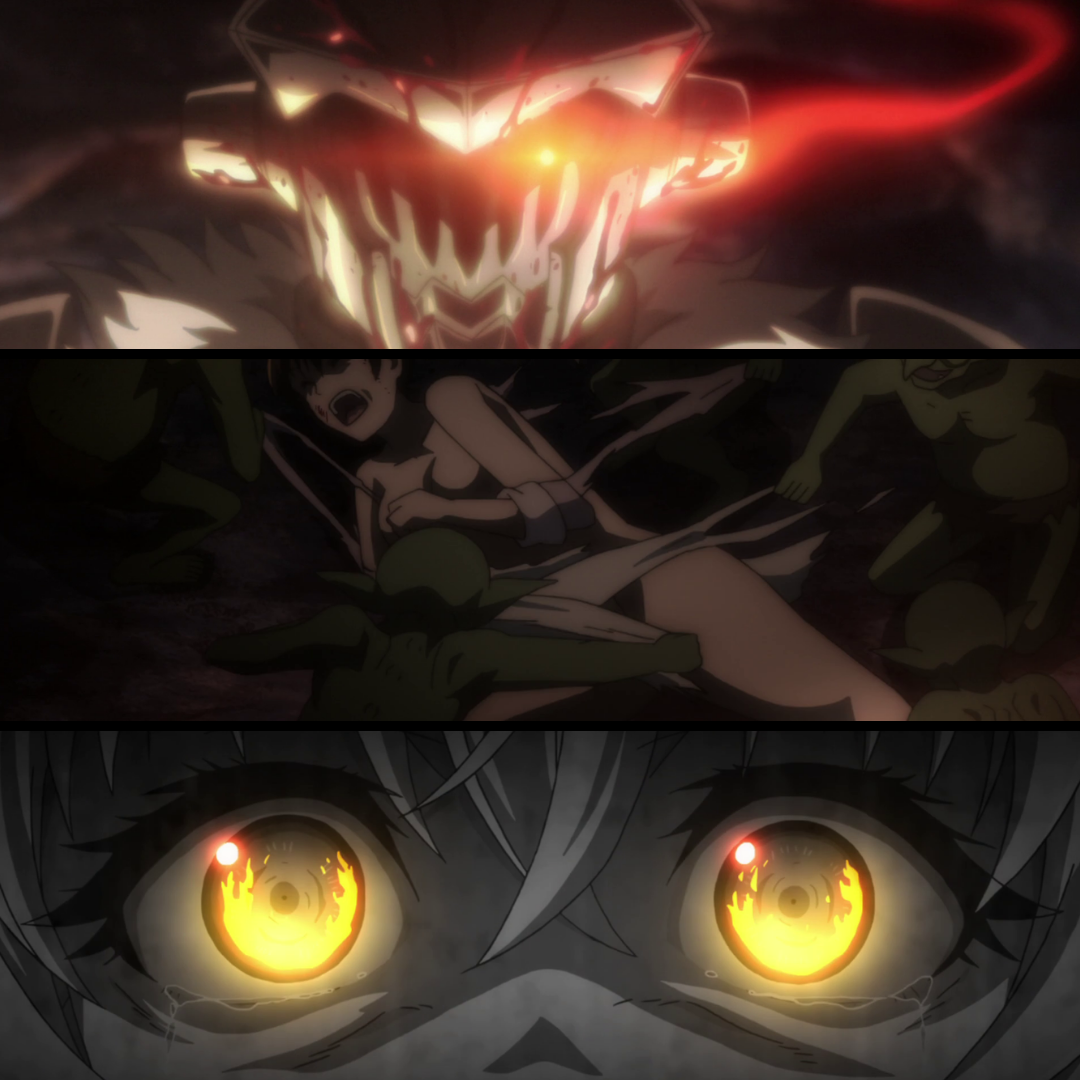 Goblin Slayer was one of the anime I saw in the upcoming season list and instantly added to my watch list for the season. Even though I had a rough idea about what the anime was about I was not quite prepared for what was coming.

Brutal. This one word perfectly describes the first episode. It was graphic and got the point and tone of their world across in a quick and clear manner. A team of beginner adventurers head off on a goblin slaying quest underequipped and underprepared for the task at hand. To which they receive a violent and graphic end.

Okay, this episode was not as violent as the first but still violent and full of blood. We get to see some of Goblin Slayer’s past and why he is so obsessed with killing goblins. We also get to meet his childhood friend as well as some new characters.

A group of a high elf, dwarf and lizardman are looking for Goblin Slayer.  We discover how fellow adventurers have mixed feelings regarding Goblin Slayer. The new quest is explained and ends off with the group targeting, you guessed it, goblins.

Another falls victim to Goblin Slayer’s ways of hiding scent. The group explore ancient ruins that goblins now call home. However, something is not quite right. As Goblin Slayer suspects there is a woman held captive. Once she is seen to the group move on to deal with the rest of the goblin nest. Only, they run into an ogre. This was a rather highly violent episode filled with gory scenes but I enjoyed the comedic conversations between the group.

This episode was the least graphic one we have had. Although there was some rat slaying and bashing, on the whole, this was one showing the relationships between the characters. It was nice to not have a goblin feature once.

Will I be sticking with it or dropping it? I will definitely be continuing with Goblin Slayer. While I know this anime is not for everyone and that it is being highly critiqued for its violence as well as getting a lot of hype I am really enjoying the progression and want to see how it will all end.

What are your thoughts on Goblin Slayer?