In just six years Taz Noble has cosplayed over 50 characters! She started cosplaying when she was 22 years old and is known as Sushibunny cosplay in the cosplay community. The impressive 50+ character count does not even take into consideration her make-up tests. 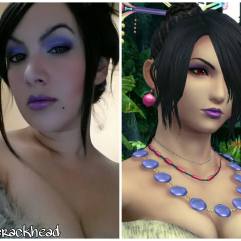 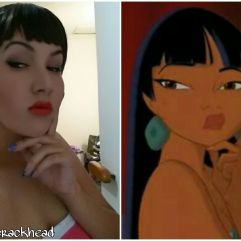 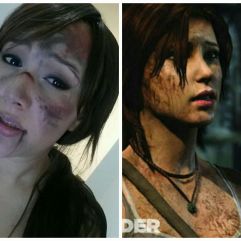 She draws her inspiration from multiple platforms such as anime, movies, games and more. Her very first cosplay had been of Sakura Haruno from Naruto. She had felt nervous at first when she had cosplayed for the very first time. However, the excitement of cosplaying as a character she loved overtook the feeling of being scared. 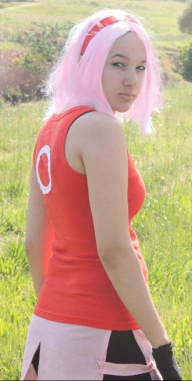 When Taz first started making her own cosplays she would use what she found at home but once she became more serious about cosplay she started sourcing the materials and tools she would need to create her outfits. While she does make her own outfits she also buys outfits of characters to cosplay. She finds the crafting of amour to be the hardest part of cosplay considering it the bane of her existence.

Taz used to cosplay on her own but came to realise that cosplaying as a group and with friends is more fun. She really enjoys cosplaying as her favourite characters which both thrills her and makes her happy. One of her favourite aspects of cosplay is getting to meet up with her friends at conventions and taking fun and silly pictures together. Some of the pictures she has she either takes herself or gets a friend to take them for her.

When deciding what character to cosplay she makes sure that the character is not insanely difficult and that she loves the character design. That way it won’t become “an ominous black hole that sucks all the joy out of life” – her words. After taking on projects previously that have brought her to tears she has promised herself that she won’t do that to herself again.

Her favourite character cosplayed so far is Daenerys Targaryen from Game of Thrones. She had gone as far as bleaching her hair just for the cosplay. She cosplayed Daenerys alongside Deven Green (Jon Snow) and Nicole Stern (Sansa). The experience had left her feeling powerful and awesome. 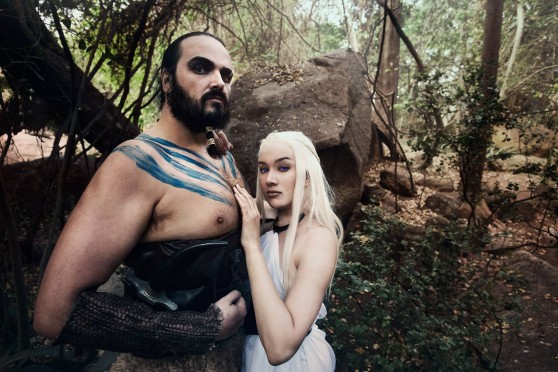 In the pursuit of bringing her characters to life and adding the finishing touch to her cosplay, she is willing to wear contacts but cautions to buy them from a trustworthy supplier. She has worn contacts for most of her cosplays, Sakura Haruno, Arcade Riven, Popstar Ahri, Daenery’s, Assassins Creed and Junkrat just to name a few.

She has attempted a few ambitious cosplays before and considers Vi and Popstar Ahri to be some of her more ambitious ones.  Popstar Ahri is her most expensive cosplay that she has done. Taz spent over R1 000 on the tail alone. Although cosplay can be costly she believes that to be a cosplayer you need time and patience but more importantly you need the bravery to be different from the crowd and have the soul to enjoy cosplay for what it is.

The worst advice she had received regarding cosplay was that you should not cosplay outside of your body type. Basically,  saying that you are not meant to cosplay a character that is different from your body shape and size. However, Taz believes that you should cosplay whoever you want to cosplay no matter what size or shape you are. She also believes that you should cosplay because you want to and do what makes you happy. She also wishes someone had told her when she had started out that cosplay is a hobby and should remain as just that so that it does not become a burden. She has also learnt that she is not a cosplay machine and can not create a cosplay in a single evening (although she has done so before).  It has taught her that patience and planning really are key.

Here are a few of her favourite props: 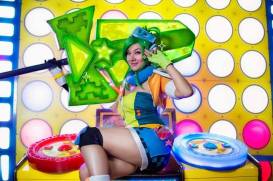 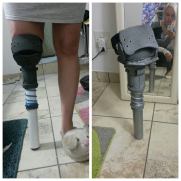 Firstly and obviously, thank you Taz for answering my long list of questions and providing the images above. 🙂