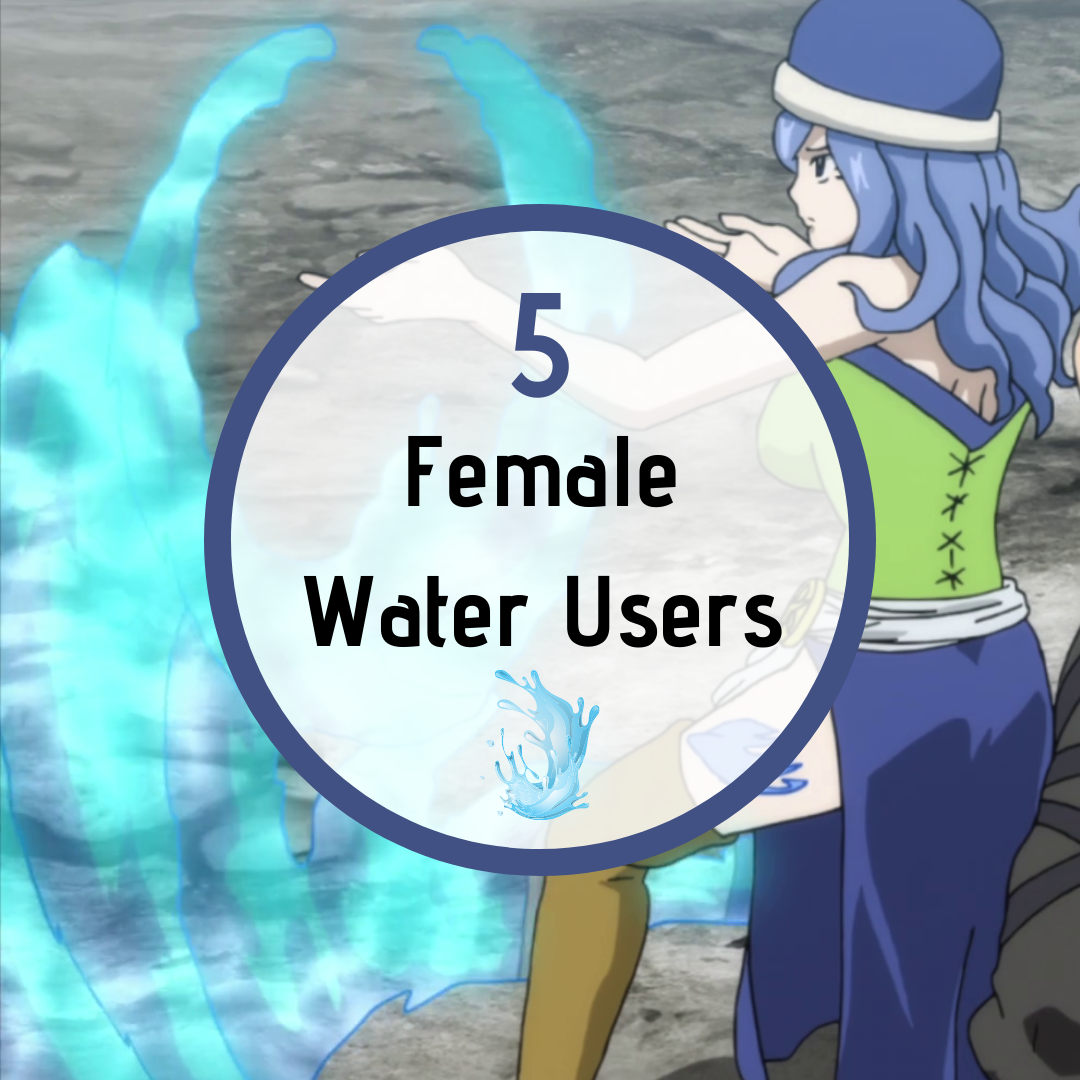 While racking my brain trying to pick out some water users in anime I started to notice a couple things. I know it is obvious, but they tend to have an obsession with the colour blue for water users. There are of course some characters that have been spared from this but on the whole, if they wield water, some part of their outfit will be blue – if not even their eyes or hair.

There are a few characters that are on every water user list and I do not see that changing any time soon.

I narrowed my below list down to strictly water use – no ice users. While ice is technically water, not all water users can make or produce ice. Ice users will get their time to shine in a different post.

As I had mentioned, some water users are on practically every water list. Tier Harribel is one such character. Mainly because she is such an iconic water user and thanks to her brutal efficiency with the element.

Juvia Lockser is another water user that makes it onto every water list. She is a powerful mage who can turn her body into water and even summons rain when she is feeling gloomy.

One of the newer water users introduced to anime, Noelle has a starting strong water ability. While she is still expanding her spells, I look forward to what she can do. So far she can summon a water dragon for attacks as well as create an entire suit of armour out of water.

Ami Mizuno a.k.a Sailor Mercury is a fine water wielder but her biggest strength is her intellect. By using her intelligence she finds innovative ways to find solutions using her water ability.

I could not resist the temptation of including the all but useless goddess Aqua and her ever entertaining antics while using her water abilities.

Anime (but technically not) Source : Avatar: The Last Airbender

Katara is such an iconic water user, but due to debates whether Avatar is or is not an anime, I decided to mention her as a bonus – rather than officially part of the ‘anime’ list. I also cheated slightly with the ‘no-ice’ requirement to include Katara.

Who is your favourite female water user?